Netflix drops thousands of US titles 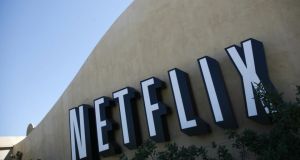 Customers won’t be able to see such movies as The Hunger Games: Catching Fire or World War Z on Netflix after the Epix contract ends at the end of September. Photograph: Robert Galbraith/Reuters

US movie streaming company Netflix won’t renew its contract with cable network Epix, preferring to develop original movies rather than stick with films it had to share with other providers.

Customers in the US  won’t be able to see such movies as The Hunger Games: Catching Fire or World War Z on Netflix after the contract ends at the end of September, the Los Gatos, California-based online streaming service said in a statement on its website.

With its service expanding worldwide by the end of 2016, Netflix is in the market for films and series that can entice new subscribers with big stars and compete for awards.

Netflix and Epix signed a contract in 2010, at the time a significant coup for the nascent streaming service.

But in 2012, Epix reached a deal making its movies available on Amazon. com.

“While many of these movies are popular, they are also widely available on cable and other subscription platforms at the same time as they are on Netflix,” Ted Sarandos, Netflix’s chief content officer, said in the statement.

“Through our original films and some innovative licencing arrangements with the movie studios, we are aiming to build a better movie experience for you.” Starting next year, Netflix will have exclusive rights to show new films from Walt Disney after they leave theatres, and the company has a deal to develop shows with DreamWorks Animation SKG Inc.

In June, Netflix said it would produce War Machine, a satirical film starring Brad Pitt as a US general.

1 Direct sea routes to Europe offer certainty in choppy Brexit waters
2 ‘I don’t need to do any of this. . .I don’t actually need to work.’
3 There was no vaccine for Anglo: Why the last crisis was different
4 Pandemic brings a halt to Zara-owner’s Irish expansion
5 Admission of mistake in Oxford vaccine dose raises doubts over reliability
Real news has value SUBSCRIBE