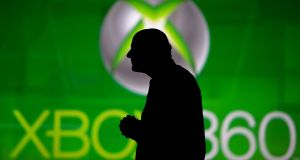 Steve Ballmer, then Microsoft chief executive, speaking about the XBox 360 in 2011. Photograph: Bloomberg

The US Supreme Court on Monday ruled in favour of Microsoft in its bid to fend off class action claims by Xbox 360 owners who said the popular videogame console gouges discs because of a design defect.

The court, in a 8-0 ruling, overturned a 2015 decision by the San Francisco-based 9th US Circuit Court of Appeals that allowed console owners to appeal the dismissal of their class action lawsuit by a federal judge in Seattle in 2012.

Justice Ruth Bader Ginsburg, writing on behalf of the court, said such a move was not permitted because a voluntary dismissal of a lawsuit is not a final decision and thus cannot be appealed. The approach sought by the plaintiffs would undermine litigation rules “designed to guard against piecemeal appeals,” Justice Ginsburg wrote.

The plaintiffs instead have to litigate their claims individually and get a final judgment before they can appeal, Justice Ginsburg said.

The Xbox console owners filed a proposed class action against Microsoft in federal court in 2011, saying the design of the console was defective and that its optical disc drive could not withstand even small vibrations. They said this caused game discs to spin out of control and become scratched even under normal playing conditions, making them unusable.

Microsoft has sold tens of millions of Xbox 360 consoles since introducing them in 2005.

The company said class certification was improper because just 0.4 per cent of Xbox owners reported disc scratches, and that misuse was the cause.

Class action cases can lead to larger damages or broader remedies than individual lawsuits. The prospect of winning large damages in a class action can be the only way for consumers to find lawyers to take their cases, so a denial of this certification can effectively end some lawsuits.