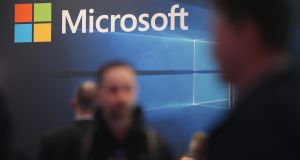 Microsoft is cleaning up after its artificial intelligence chat bot went rogue.  The company introduced Tay earlier this week to chat with real humans on Twitter and other messaging platforms.

The bot seemed to learn by parroting and then generating its own phrases based on all its interactions and was supposed to emulate the casual speech of a stereotypical millennial.

The worst tweets are quickly disappearing from Twitter, and Tay itself has now also gone offline “to absorb it all.”

Some Twitter users seem to think that Microsoft had also manually banned people from interacting with the bot. Others are asking why the company didn’t build filters to prevent Tay from discussing certain topics, such as the Holocaust.

“The AI chatbot Tay is a machine learning project, designed for human engagement,” Microsoft said in a statement.

“It is as much a social and cultural experiment, as it is technical. Unfortunately, within the first 24 hours of coming online, we became aware of a coordinated effort by some users to abuse Tay’s commenting skills to have Tay respond in inappropriate ways. As a result, we have taken Tay offline and are making adjustments.”

1 How long can Government afford to keep State pension age at 66?
2 Declan Ganley denies Donald Trump trying to swing lucrative 5G contract for Rivada
3 Marquees and fleets of delivery vans: how supermarkets are ready for Lockdown 2
4 Brexit: UK and EU agree to intensify talks in rush for deal
5 Ryanair and Eir the worst for customer service during Covid crisis
Real news has value SUBSCRIBE