Matt Mullenweg: How WordPress got the whole world blogging 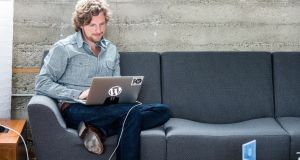 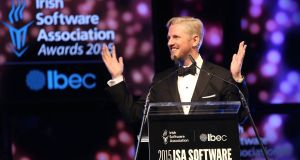 Matt Mullenweg is not the typical tech founder. The head of Automattic is just off a flight from the US, in Dublin to speak at an Irish Software Association event.

When I meet him in the lobby of the Shelbourne hotel, it’s a relaxed affair. He arrives without an army of public relations specialists to tend to his needs and watch his every word, just in case he talks about something he’s not supposed to.

He isn’t as instantly recognisable as Facebook’s Mark Zuckerberg, or Microsoft’s Bill Gates. Looking on, you would never guess that this man heads up a company that is valued at more than $1 billion. He’s just so, well, normal.

Automattic is a web development company, but people might know it better by just one of its products: blogging platform WordPress.com. The company has been more than a decade in business – it celebrated its 10th anniversary last year – and is going from strength to strength, adding WooCommerce, Jetpack and other services to its line-up.

But in its early days, Mullenweg didn’t expect that WordPress.com and Automattic would reach the influence it has today.

“There were no early indications that it would be anything more than niche software, used by myself and a few friends,” he says. “We’ve always had very strong beliefs and principles and I think that attracted an audience to WordPress, who used it not just for its software but also for its philosophy. That turned into a community, which then developed it.”

The business he founded has been growing in influence in recent years. At the last count, WordPress powered more than 25 per cent of the world’s websites, and it’s growing all the time.

That number includes everything from small cafe websites and personal blogs to powering some of the more well-known media outlets such as the New York Post and the New Yorker.

Mullenweg brushes it off. While it was a big deal in Dublin, it’s clear the court action didn’t make much of an impact. It’s not hard to understand why: Automattic and WordPress.com has had its fair share of engagement in legal actions over the years, with Mullenweg estimating that there is a new one almost every day.

“That was a big story here, wasn’t it? What exactly happened?” he asks. “I heard about it from the news.

“We have a very good legal team. Our concern is protecting the rights of authors and publishers. We believe in freedom of speech, we believe everyone should have a voice. We fight where possible to protect that.”

He cites another case where UK-based pressure group Straight Pride had tried to use the Digital Millennium Copyright Act – the US copyright law – to try to take down a report by student journalist Oliver Hotham in 2013. Although WordPress initially complied with the takedown request, the company took the fight further and, last year, it won.

“That runs through the company; a lot of times when we’re working on things, we try to think back to the first principles of why to do things a certain way.”

A key part of the company’s strength is its employees. Mullenweg is still heavily involved in recruitment, screening CVs at the beginning of the process and conducting the final interviews himself. That’s a big undertaking when you realise that the company has employees all over the world, including in Ireland.

The Irish subsidiary is registered as Aut O’Mattic, one of the firm’s inside jokes and one it repeats throughout the countries it operates in. The UK, for example, has the Ministry of Automattic.

It has a strong link here. One of Automattic’s first employees was – and still is – based in Ireland: Donncha Ó Caoimh in Cork, who is known as the first Automattician. In fact, Mullenweg says one of his first international trips was to Ó Caoimh’s wedding. That’s the type of company Automattic is, and Mullenweg knows his employees by their first names, though that is getting more challenging as the company grows bigger.

“We’re like an extended family. You still love everyone, but you might not see them as often or know them as well,” he explains.

WordPress works slightly differently to the majority of tech companies that make their way to Ireland. There are no official offices for government ministers to open, no large job announcements to issue press releases on and grace front pages. it’s a lean operation, and something of which Mullenweg is proud.

“Automattic is totally distributed. We have people all over the world. There’s four people here in Ireland, but no actual office here,” he says. “People thought it wouldn’t work when we were smaller, but now we’re over 400 people and it’s working great.”

Some of those employees came from Automattic’s first acquisition – Polldaddy, which is based in Sligo – back in 2008. The staff that were part of that venture still work with the company today.

The company now has employees in 43 countries, covering all time zones.

“When we really thought about how we worked together and how we create products, there was really no need to have everyone go into an office for eight hours a day. So we created this way of working together that honestly I believe is the future of work. Many other companies are now doing it. I really like that.”

To keep employees connected, the company has an annual meet-up – last year’s was in Utah in a ski resort off-season – but that doesn’t mean Automattic is spendthrifty. Mullenweg notes that the company is actually “quite frugal”.

That distributed workforce means a lot of travelling for Mullenweg, who admits he clocks up some serious air miles. So how does he relax and switch off? “Well, this is lovely,” he says. “We have tea and little cookies.”

I point out that it’s still work.

“It’s true that the business could easily take up every minute of my life. One thing I’ve learned is to bring your best self to your work – you need to be healthy in all parts of your life. Your relationships, exercise, diet, sleep – all of these feed into the system. It’s an investment,” he says.

“I exercise every day, I try to read a bit of a book every day. I meditate every day. Any one on its own is not a panacea. You can’t just start meditating two minutes a day and all your life’s problems are fixed. but they contribute to a system.”

The key question, of course, is: real books or Kindle? “Definitely Kindle. I travel, you can take a whole library with you. I love the device, because there are no distractions,” he says.

In fact, the first time he saw a Kindle it was Amazon founder Jeff Bezos’s own device.

“It was on a table, and I was gawking at it, because I’d never seen anything like it. All of a sudden this voice comes from behind me, ‘you can play with it’ and there’s this big booming laugh,” he recalls. “I didn’t want to lose his place in the book.”

Like the publishing industry which has been changed by the advent of ebooks, blogging has also faced its challenges from the growing popularity of social media, with some viewing Twitter and Facebook as a replacement.

“What these networks tend to do is drive visitors to good content,” Mullenweg says. “If you’re a publisher and you have good work, I think there will always be an audience there. I think social networks provide distribution for that. Rather than being the death of blogs, it actually ended up breathing new life into them.”

Then he turns it around on me.

“I think what you have to worry about is that maybe people aren’t going to the Irish Times homepage any more. Maybe they’re starting to log into Facebook or Twitter instead.”

It’s certainly something to think about. Whatever happens in the future, though, Mullenweg isn’t giving any hints about what is planned next for Wordpress. But it’s clear that he has big plans for the firm.

There are still 57 per cent of websites out there not using any form of identifiable content management system to tackle.

Position: founder and chief executive of Automattic, which owns WordPress.

Something you would expect: He gets his inspiration from computer history, counting pivotal figures like Tim Berners-Lee among those he looks up to. Something that might surprise: Also among those he admires is Microsoft’s Bill Gates: “I have huge admiration for Bill Gates, but his model is proprietary software and we’re open source. Sometimes you learn as much from what you want to do opposite from your idols as what you want to follow.”

1 Bank leaked my loan request to family who tried to rip me off
2 Suspicions rife as key Brexit trade talks begin in Brussels
3 ‘The only time apartments were viable was in . . . Ballsbridge, Killiney and Dalkey’
4 Rolls-Royce surges on hopes of solution to Boeing 787 engine glitches
5 Irish companies restrict travel over coronavirus fears
Real news has value SUBSCRIBE