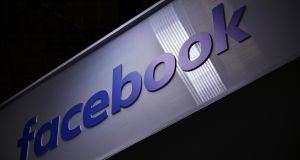 Excepting some Instagram influencer posting selfies while wearing an ethereum T-shirt, or your grandfather getting a bitcoin wallet, is there any more sobering sign that we have reached peak cryptocurrency than Facebook announcing libra this week?

Libra is Facebook’s very own venture into the world of cryptocurrencies, and how appropriate is it that the social media giant with a bit of an image problem has chosen a name that prompts associations with grubby nightclubs and ageing lounge lizards whose opening conversational gambit is gifting you his star sign?

Facebook’s more pompous explanation is that libra is actually named for the ancient Roman weight measure, on which the £ in the British pound sign is based. Which has to make you wonder about the PR advice to associate the new currency firstly with an empire, and secondly, one that fell. Clearly, no historians got in the way of formulating this plan.

The whole point of cryptocurrencies is supposed to be trust and privacy, coupled with freedom

Such obvious concerns arise at the thought of one of the most powerful, global-spanning, privacy-challenged companies in the world minting its own currency that already, critics – including EU politicians such as French finance minister Bruno Le Maire, US congresswoman and chair of the House financial services committee Maxine Waters and US senator Sherrod Brown, the leading Democrat on the Senate banking committee – swiftly voiced concerns.

They’d like to have Facebook answer questions before it joins the world of finance. And why not because, if asked, most people would probably say that Facebook wouldn’t be the first company to spring to mind as you pondered which tech company you’d most trust with your ultrasensitive personal financial data.

Instead, just as everyone from US presidential candidates to the dogs on the street wonder whether the time has arrived to break the company up into at least three of its constituent parts – Facebook/Messenger, Instagram and WhatsApp – Facebook pushes out a proposal that might well be the strongest argument yet for dusting off and wheeling out those US federal and EU antitrust powers.

Or maybe that is, in part, the point. Certainly, activating this new currency, which is backed by a consortium of organisations including Visa, Mastercard and PayPal, promises potential huge financial gain for Facebook, at a time when future revenue growth has appeared uncertain.

But by involving nearly two dozen partners in the broader platform venture, called Calibra, and including some not-for-profit organisations which work for greater financial equality in poorer parts of the world, such as Women’s World Banking, Mercy Corps and microloan provider Kiva, Facebook can argue “this isn’t just about us”.

On day one of the announcement, it was already prominently dressing up a lucrative revenue-driving move that would further cement the interwoven power and reach of Facebook’s three platforms as being in part about, um, social responsibility. Billions of people in the developing world could engage in financial transactions without needing a bank account, goes Facebook’s argument.

This is nothing new in Facebook’s playbook of using ostensibly laudable aims to distract attention from power consolidation and actions that further integrate its platforms, thus making it more difficult for regulators to break apart the company. One consideration in antitrust deliberations is whether a company is functionally dependent on the integration of its divisions or acquisitions, and would be irreparably harmed if split.

Ironically, if libra does successfully launch by 2020, it won’t be because it has at last made cryptocurrencies legitimate, viable and popular. If anything, in attempting to address what is least consumer- and bank-friendly about cryptocurrencies such as bitcoin and ethereum – the volatility in value, the speculation, the fact that almost nobody uses them and their main association is still with murky, criminal transactions on the dark web – Facebook will also destroy much of the libertarian reasoning behind the creation of the first cryptocurrency, bitcoin and its surrounding trust infrastructure, the blockchain.

The whole point of cryptocurrencies is supposed to be trust and privacy, coupled with freedom – fully decentralised production (anyone able, can mine cryptocurrency), no reliance on traditional financial reserves or banking infrastructure and anonymity in transactions.

Libra will be centralised, linked to reserves, mined only by members of the Calibra consortium, and users will be identified. And Facebook is offering itself as the trusted, data handling partner at libra’s core.

All of that may actually push cryptocurrencies mainstream but not without turning them, or at least libra, into a warped hybrid that further consolidates Facebook’s already enormous power.

So maybe we haven’t really reached peak cryptocurrency, but peak Facebook – if regulators and lawmakers at last decide to act, rather than talk.

2 After the vaccine, will your company want you back in the office?