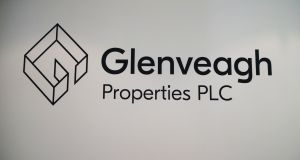 Teleios is not alone. Helikon Investments, a Milan-based hedge fund, has gone on to accumulate a 7 per cent position in Glenveagh. Photograph: Nick Bradshaw

Swiss activist hedge fund Teleios Capital Partners has been quietly - but aggressively - building up a stake in Glenveagh Properties since global markets tanked in early March.

Glenveagh said on Monday that Teleios had increased its holding in the company to just above 11 per cent seven days earlier, cementing its position as the Dublin-listed housebuilder’s biggest shareholder on the eve of Budget 2021 being unveiled. (It first announced its arrival on the Glenveagh’s shareholder register in early March as its stake breached the 3 per cent level).

The Government didn’t disappoint - using the budget to extend the help-to-buy scheme, which was expanded in July, to the end of 2021, and announcing plans for a shared-equity plan. Both are aimed at first-time buyers, the segment of the market that plays into Glenveagh’s offering.

Teleios is not alone. Helikon Investments, a Milan-based hedge fund set up last year by former executives from an Italian unit of Julius Baer, cropped up as a Glenveagh shareholder in April and has gone on to accumulate a 7 per cent position.

The recent arrivals, no doubt, will have been encouraged by the fact that Irish prices have, so far, defied pessimistic projections made at the start of the Covid-19 crisis to hold their own, as supply of homes for sale wallows at lows not seen for more than a decade.

Glenveagh surprised the market on the upside last month by saying it its order book stood at 906 units sold, signed or reserved as at the 7th of September, up from 570 units in May, amid strong demand over the summer months after the Covid-19 lockdown. It led management to predict the delivery of 650 units for the year as a whole, prompting analysts to raise their own estimates.

Will the property market re-emerge in as healthy shape from another period of heightened restrictions?