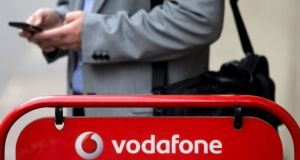 A breakdown of turnover shows €134.8 million came was from other group companies last year

A Dublin-headquartered subsidiary of telco Vodafone recorded a sharp rise in revenues last year due to an increase in voice services provided to other group companies and external customers.

The rise in revenues, which was primarily due to a rise in contracts for the provision of international interconnect voice and data services, helped the company bounce back from a €1.245 million loss in 2017 to record a €1.874 million a year later.

A breakdown of turnover shows €134.8 million came was from other group companies last year.