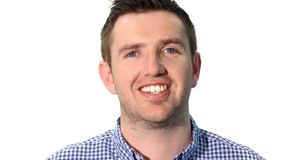 What sets you apart in your sector?
It is getting more competitive every year as different people come out with their take on the technology. It means we have to keep putting money and resources into R&D so we’re always able to offer our current and future clients the best and most advanced technology.

It is about having a good product that these guys really need and want to use, and having really good people. There’s also a big part of it we can’t control, which is luck and timing. When we brought this to the market, the world of top-level sport was ready to embrace this type of technology. Five years before, we would have been too early; five or six years later, we would have missed the boat.

What is the biggest challenge you have had to face?
To go from being a couple of guys in Ireland trying to knock on the doors of Premier League teams, to a position where, once we got the chance, we were able to show them we were one of best in the world at what we do and to be able to stand behind our equipment and to follow through on our promises.

I think every area within business has its own challenges. It’s like a football team: everyone looks at the flair players who create the chances and score all the goals, but there still has to be those players who have to defend and do the stuff that nobody likes doing. And in my eyes, because I’m not an accounts guy, that would be our finance team. It’s not glamorous but somebody has to do it.

What has been your greatest success to date?
It’s hard to home in on one, but working with the likes of the Irish rugby team was a great platform for us to go and develop from. Recently, it has been working with the Irish football team. When we look at the number of teams we have in the Premier League and last year, having Barcelona and Juventus, two Statsports teams, in the Champions League final, is another nice highlight to look back on as well.

What could the Government do to help SMEs in the current environment?
It is easy to sit and criticise, but there are a lot more platforms and opportunities now than I believe there were 10 years ago when we were looking into this space. We’re having some great discussions with government agencies, North and South, to try and help us to propel into being a medium-sized company. So far, our experience has been really positive.

Where I do feel there is a bit of a lack is, once you get to the two- or three-year mark, you’re expected to fly the nest from incubation spaces, but there doesn’t seem to be anything for the next level. At four or five years old, you’re still a start-up and still finding your space.

Are the banks open for business?
We’re now at the stage where we’ll really find out what the banks can do for us because we’re at a huge growth stage to drive the business forward and that will be the measure. We’re naturally going to explore all our options, North and South. I do think there’s more readiness and openness to providing financial assistance. Because of the brands associated with us, it opens the door for us a lot easier.

What is the biggest mistake you’ve made in business?
Mistakes are part of learning and growing the business. We’re lucky enough that we haven’t made any huge mistakes that have been detrimental to the growth of the company. If footballers went on to the pitch worrying about making mistakes, they wouldn’t make the risky pass that might open up the defence.

Our aim was to try not to stretch too thin. Service is a big part of what we do and we could easily have overreached and tried to hit all four corners of the world in the first year – and I believe we’d have fallen flat on our face at that stage. Focusing on what was in front of us and then growing from that was probably a wise move.

What is the frustrating part of running the business?
I suppose it’s the unglamorous areas: making sure of the parts that go on behind the scenes that can frustrate you, be it the financial side of things, legal or HR. My background is in sports and sports injuries, so I don’t enjoy getting into those areas, but you can’t have a business without them. We don’t take them lightly, but you get the experts in that field for that reason.

How do you see the short-term future for your business?
Our short-term goal is to keep building on what we have, through Europe or our American base, and extending and growing the elite client base. We’ll constantly be breaking new ground and trying to bring the technology forward. We work with different companies around the world and most recently we signed a partnership agreement with SAP, so our Statsports software and the Viper pod can work with the SAP Sports One solution.

The medium-term roadmap is going in to new markets such as consumer products, to be able to leverage what we currently work at and offer the average footballer or weekend warrior the same ability to monitor themselves as the professionals. That will see a huge shift in the company. That has been firmly in our roadmap for last couple of years and 2016 is the year we’re going to introduce that.