Camera is less impressive than Pro’s but at €200 cheaper, the P20 will appeal to many 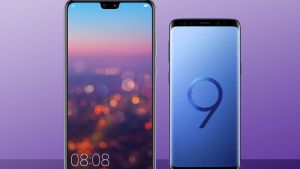 The Huawei P20 features fast charging and a 5.8-inch screen

The Huawei P20 Pro made a bit of a splash. With three cameras instead of the now-expected dual set-up and a battery that seems to hold up to some hefty usage, Huawei’s latest flagship phone is earning its price tag.

But it may still be out of range for some people. One of the chief selling points of Huawei’s handsets in the past has been the fact that it packs high-end specs into a mid-range price. That price has been edging ever higher for the higher-spec phones, and to buy the phone prepay will set you back €750 – not exactly budget territory.

So there’s room for something a little more modest. Enter the Huawei P20, bearing a similar style and name, but just edging its way in at a cheaper price. Some €200 cheaper, to be precise.

What exactly do you sacrifice versus the Pro for that €200? The first and most obvious is the camera. Instead of that low-light-loving triple camera, the P20 has a dual camera that still takes great photos, but won’t give you that extra safety net when the light starts to fade. However, the P20 has the same AI that chooses the best settings for your chosen shot, and getting everything from portraits to action shots was a cinch.

The P20 also shaves a little off the display. The P20 comes in at 5.8 inches versus the Pro’s 6.1. To be honest, it’s not that noticeable. Both phones have incredibly small bezels so you get as much screen as possible in each case; at the top of the screen you have a notch for the camera and speaker, at the bottom, a fingerprint reader.

The display on the P20 is LCD instead of the OLED on the Pro. Side by side, you’ll notice the difference, but unless you are doing some serious comparisons, the LCD stands up to scrutiny.

Neither version of the P20 offers the option to expand storage, so the 128GB you get is what you have to live with. The P20 doesn’t offer wireless charging either, although given the Pro has also skipped this feature, it was unlikely to show up. Instead, you get fast charging. That is probably more useful to most people, although with other rivals – Samsung, Apple and others – going for wireless charging, it would be nice to see it make an appearance in Huawei handsets.

The price tag on the P20 makes it a bit more palatable, and it is easier to give up those extra features. The screen is smaller than the Pro but with much smaller bezels, it doesn’t really feel like you’re giving up much. Plus you get a range of colour options, including a rather flashy looking pink gradient.

When compared with the Pro, the camera is still great but not quite as good. It is mainly in the night mode that you’ll notice it; while the Pro is crisp and clear, the regular P20 isn’t quite as sharp.

Also, there is no expansion slot for microSD cards, so make the most of that 128GB of space.

It is certified for fast charging, plus the ultra battery mode means you can not only get power quickly, but you can eke it out for a lot longer.

The phone comes with 4GB of RAM – more than sufficient for anything except the most demanding apps and games – and there was little noticeable difference in performance when compared with the Pro.

The P20 is the perfect compromise if you can’t stretch to the P20 Pro.