How Apple first landed in Ireland 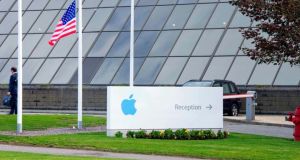 
Former Apple executives claim the almost tax-free status enjoyed in Ireland by the iPhone and iPad maker dates back to the firm’s arrival here 32 years ago. “There were tax concessions for us to go there,” said Del Yocam, who was vice president of manufacturing at Apple in the 1980s.

Another former finance executive, who asked not to be named, said: “We had a tax holiday for the first 10 years in Ireland. We paid no taxes to the Irish Government. ”

Apple wasn’t an exception, although it was among the last to enjoy such treatment. From 1956 to 1980, Ireland attracted foreign companies by offering a zero rate of tax.

Eligible companies arriving in 1980 were given “tax holidays” until 1990. “Any multinational attracted into Ireland that was focusing on the export market paid 0 per cent corporation tax,” said Barry O’Leary, the chief executive of IDA Ireland.

However, as part of Ireland’s accession to the European Economic Community in 1973, it was forced to stop offering such tax deals to exporters. From 1981, companies arriving in Ireland had to pay tax, albeit at a low 10 per cent rate, providing they qualified for manufacturing status.

“We were the first technology company to establish a manufacturing operation in Ireland,” recalled John Sculley, Apple’s chief executive from 1983 to 1993. He said Government subsidies had also played a role in deciding to set up in Ireland.

The key to minimising Apple’s tax bill was maximising the amount of profit that could be ascribed to Apple’s Irish operations. This task fell to Mike Rashkin, Apple’s first tax director, two executives from the period said. One called him “the father of it all”.


Tax-efficient structuring
Rashkin arrived at Apple in 1980, from computer pioneer Digital Equipment Corp (DEC) in Massachusetts, where he had learnt about tax-efficient corporate structuring in tech companies. Apple had already decided to establish its base in Ireland when Rashkin moved to Silicon Valley, but he used his experience to set up a tax structure that took advantage of Apple’s base here, the executives said. Rashkin declined to comment.

Last Tuesday Apple chief executive Tim Cook faced criticism from a US Senate subcommittee, whose report reveals how the arrangement was structured. In 1980, Apple entered into a deal with its Irish operation, whereby the latter would share the cost of funding Apple’s research and development. In return, the Irish unit would be able to enjoy rights to Apple’s intellectual property for goods sold outside the Americas.

Apple secured the blessing of the US tax authority, the Internal Revenue Service, for the deal, one executive said. The IRS gave Apple an advance pricing agreement, or APA, which establishes how the IRS will treat a transaction between affiliates for tax purposes, before it is entered into.

Apple said it pays all the tax due in every country where it operates. It declined to comment on the tax treatment it received in the 1980s. It told the subcommittee it could not answer questions on why it had chosen Ireland as a base since it had lost the paperwork from the period.

The techniques Apple used over the years included selling goods to affiliates at prices which generated little profit at the retail level, or by paying sales affiliates commissions which are just about enough to cover their operating costs.

Rashkin’s work and Ireland’s accommodating approach had the desired result for Apple.

“We’re very, very pleased,” Apple’s then-president AC ‘”Mike” Markkula said in 1981. “The Irish have really lived up to their promises.”

The accounts for Apple’s main Irish unit, then known as Apple Computer Inc Ltd, for 1989, the earliest year for which detailed accounts were filed, show exactly how effective the arrangement was. The subsidiary paid $500,000 in income tax on profits of $317 million, a rate of 0.2 per cent.

In 1990, Apple’s tax holiday came to an end, and in that year the Irish operation’s tax rate hit 4 per cent. At the same time, Apple’s Irish manufacturing activities came under question as the company looked to cut costs by outsourcing.


Singapore shift
In 1992, the company announced plans to cut hundreds of jobs after deciding to shift some work to Singapore, which at this time was offering tax holidays.

“They nearly left Ireland altogether,” Barry O’Leary said. By this stage, the European Community had banned tax holidays of the kind given to Apple, so the company and Dublin negotiated an arrangement which had a similar outcome but fell within European rules.

The precise details of the arrangement were not disclosed, but Phillip Bullock, Apple’s head of tax operations, indicated that it was linked to minimising taxable profit.

“Since the early 1990s, the government of Ireland has calculated Apple’s taxable income in such a way as to produce an effective rate in the low single digits,” he told the subcommittee.

The deal didn’t stop Apple from shifting manufacturing work to Asia, but in the years that followed new jobs were created in Cork, in sales and administrative support for the European operation, while some manufacturing remains in Ireland.

A Government spokesman declined to even confirm it held discussions with Apple regarding tax, citing rules on taxpayer confidentiality.

By 1996 the 12.5 per cent tax on all corporate trading income was introduced, although foreign companies often pay effective rates lower than this by shifting money into tax havens such as Bermuda.

1 Pilita Clark: Working from home is starting to pall
2 Owner of Dundrum Town Centre to sell prized assets
3 Can a first-time buyer get relief on a buy-to-let home?
4 Over half of Ireland’s businesses in decline following Covid-19 lockdowns
5 Thousands back petition demanding State aid for Aer Lingus
Real news has value SUBSCRIBE