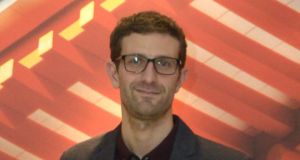 Tony Zappala: said Highland had introduced some of its existing American and European company portfolio to the IDA to see if they could expand here.

Highland Capital Partners Europe has closed its €250 million European Tech Growth Fund, with backing from the National Treasury Management Agency and Enterprise Ireland among others.

The fund, which has already invested in Limerick waste software firm AMCS, is seeking to invest in European high-growth technology firms with revenues of over €10 million. Investment team In Europe, Highland has an office in Dublin led by partner Tony Zappala, an office in Switzerland led by Dubliner Fergal Mullen and an investment team in London. The National Treasury Management Agency has invested €10 million in the new fund along with Enterprise Ireland, which has placed €20 million in it. Its other funds are from family investment houses, pension funds and endowments. “We view Ireland as one of the hot-beds of technology innovation in Europe,” Mr Mullen said. He said Highland’s fund was focused on e-commerce and software firms based in Europe. ‘Irish companies’ “We are tracking a number of Irish companies. It is a limited number but it is in the tens. Ireland has very high-quality companies and we are hopeful of making further investments,” he added.

Mr Zappala also said Highland had introduced some of its existing American and European company portfolio to the IDA to see if they could expand here.

“We are looking at some of our other portfolio companies and seeing are there opportunities for them in Ireland,” he said.

Founded in 1988, Highland’s origins are in Boston and Silicon Valley but it has a growing portfolio of European investments including GetYourGuide (Berlin); TalenetSoft (Paris) and Matchesfashion. com (London).