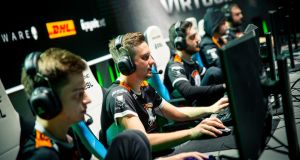 Games fans are gearing up for the inaugural Dublin Games Summit, which will take place on July 19th.

The event, which is being held in the Alex Hotel, will have 35 speakers taking part in 21 talks. Among the topics up for discussion are diversity in gaming, the growing field of esports and games development.

Facebook will open the session in the Future of Gaming and Diversity room, which will share some of the social media platform’s efforts and experiences in encouraging diversity in the industry. Square Enix’s head of production Ed Perkins will speak about converting top games titles to mobile free to play games.

The Game Development and Engineering Room will feature a talk by Steve Collins, the co-founder of Havok, on his time at the games technology firm and how it grew into a major player in the industry. The company’s technology has been used in games such as Half Life 2 and Fallout 3, and was bought by Intel in 2007 before being acquired by Microsoft in 2015.

Developers from Irish games group IMIRT, Global Game Jam, Travis George, Matheson Macault and EA will also take to the stage throughout the day. “Facebook is committed to supporting diversity initiatives in games and encouraging people from minority and diverse communities to lean in to the industry and into leadership positions,” said Rick Kelley, vice president of global gaming at Facebook.

“We are looking forward to sharing some inspiring stories and demonstrating Facebook’s commitment to transform the gaming industry for the better.”

1 ‘I’m so lucky to be in the Caribbean – a million miles from Derry Girls’
2 Michael Smurfit: ‘I asked Trump to invite me to the White House for my 80th birthday’
3 Ryanair expects air fares to fall when flights take off again
4 Joint accounts: if one of us dies, can the other access the money?
5 Kollect reports rise in revenues as Covid-19 hits waste collections
Real news has value SUBSCRIBE