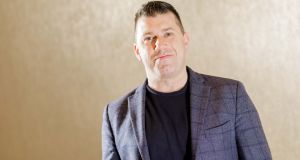 Orreco co-founder and chief executive Brian Moore: ‘Our strategic investments over the past 10 years in applied data science and machine learning and our dedicated focus on women’s sport, in particular, is now compounding in value’

Irish sports technology company Orreco has secured $3.6 million (€3 million) in a funding round led by True Ventures, an early investor in both Fitbit and Peloton.

Galway-based Orreco was founded by sports scientist Brian Moore and consultant haematologist Andy Hodgson in 2010. It uses machine learning and data analytics to monitor the health of sportspeople, helping to accelerate recovery and prolong careers.

The company said it intends to use the financing to double headcount to 60 people across its operations, which also include the UK and Los Angeles where it has a performance centre. The current Orreco team includes 16 PhDs who have worked with 35 Olympic medallists since the 2000 Olympic Games in Sydney and published more than 300 peer-reviewed scientific papers.

Among the sports teams the company has worked with are the Atlanta Hawks, Newcastle United, Chelsea FC Women and USA Swimming. Its female athlete consultancy team recently worked with the US Women’s World Cup soccer team, looking at the effects of the menstrual cycle on performance.

True, which has more than $2.8 billion of assets under management, is a long-time backer of the company. The Silicon Valley-based venture capital firm was the first institutional investor in Fitbit, which was recently acquired by Google for $2.1 billion. It was also an early backer of Peloton. Other companies in its portfolio include Goodreads, Blue Bottle Coffee and About.me.

“Brian and his team have created best-in-class bio-analytics for athletes and have the customer roster to show for it,” said True co-founder Phil Black. “It’s our pleasure to continue to support Orreco’s growth as the team expands its offerings nationally and globally. It’s such a compelling use of data science.”

“This investment will help accelerate our growth and further develop our position in the EPL and NBA, working with leading teams, athletes and their agents. We have ambitious growth and recruitment plans for talented team-mates to join us,” said Mr Moore, Orreco’s chief executive.

“Our strategic investments over the past 10 years in applied data science and machine learning and our dedicated focus on women’s sport, in particular, is now compounding in value. We look forward to exciting times ahead.”