Five things to watch out for at Apple’s iPhone event 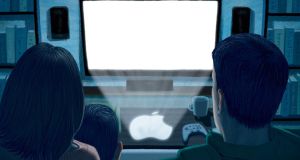 Apple is expected to make games a primary selling point of its new Apple TV product, which is scheduled to be announced on Wednesday September 9th, 2015 in San Francisco, a big change from previous versions of Apple TV. (Photograph: Jason Raish/The New York Times)

It’s only a matter of hours before Apple kicks off its September event, and expectations are already high.

Last year saw the unveiling of the redesigned iPhone 6 and the addition of the 6 Plus, while the Apple Watch was also revealed.

The rumour mill surrounding the event has reached fever pitch in recent days as speculation mounts about what Apple will unveil.

The event is due to kick off at 10am in San Francisco (6pm Irish time) on Wednesday, and The Irish Times will be there to bring you updates as they happen.

So what can we expect?

Although new iPhones are certain to appear, it’s likely that they will be an incremental upgrade from the existing iPhone 6 and 6 Plus models that were introduced last year, with a significant redesign for the phone. However, that doesn’t mean that Apple won’t have a few tricks up its sleeve, and what form the upgrade will take is currently being debated.

Among the rumours are an improved camera for the device, bumping it up from 8 megapixels to 12 megapixels. There is also the possibility that Apple is taking the selfie generation to heart with a “selfie flash” on the front of the new iPhone.

More impressive is the pressure sensitive display that is said to be included with the new phone - Apple already introduced the Force Touch trackpad with its new Macbook. The technology allows the phone to distinguish between a tap and a press, and will perform functions accordingly. Huawei already got a jump on this ahead of Apple though, when it announced its Mate S at the IFA consumer electronics exhibition last week.

The new iPhone could also get an expanded range of colours, with talk of a rose-gold option.

And could the iPhone be about to go 4K? The new technology has already made an appearance in Sony’s handsets, both for video and a 4K display in the Xperia Z5 Premium. Apple has its Retina display standard, and it’s unlikely to change that for the iPhone 6S; the 4K technology could be brought into the video camera though.

It’s not just about the iPhone. There are some indications that Apple will give its neglected set-top box a boost at the event, with games expected to feature heavily. It’s not before time; Apple TV has seen little love from the company over the years, with only a few upgrades that many felt didn’t take advantage of the box’s potential. The last major upgrade was in 2012, and since then the box has faced fierce competition from Roku, Google and Amazon. Apple needs to do something drastic to justify Apple TV’s price tag.

If the rumours are correct, the new Apple TV will come with a modified version of iOS, ditching the custom interface that it currently sports. Along with that will come a new app store for the box, and there is also the possibility of seeing Siri on your TV.

With games being a major feature, the simple Apple TV remote control looks likely to get an overhaul too, adding in touch pad and motion sensors to allow it to work as a game controller.

The iPad Pro has been rumoured for some time. This announcement is considered less likely, at least for this event, mainly because Apple usually holds an iPad event later in the year. But regardless of when it happens, it seems as if the iPad is about to go a bit serious and business-like on us. That will mean proper multitasking, which will come with iOS 9 for iPad Air too, and possibly a stylus.

A larger screen and more focus on productivity will be a boon for business users. The sector is seen as a potential source of growth for Apple for the iPad, which has experienced a fall-off in sales as competition in the tablet market increases.

There is also talk of an update for the iPad Mini too.

Apple’s new iOS 9 operating system for the iPhone and iPad will also let people download software that blocks online ads from being shown on websites. The ad-blocking capability is controversial because it undercuts the advertising-based business models of much of the Internet at a time when more people are browsing the Web through mobile devices. A recent report by Adobe Systems and PageFair, a Dublin-based startup that helps companies respond to ad-blocking, estimates that ad-blocking tools will wipe out $22 billion in online advertising revenue this year. AdBlock Plus, one of the most popular ad-blocking services, says it will have software available for the iPhone and iPad soon after Apple releases iOS 9.

Apple shares are down about 16 per cent since it last reported earnings in July, because of concerns that iPhone sales are slowing, especially in China. Even though the stock typically has a muted response at product events, investors will be watching closely for clues about the company’s long-term outlook. The winners and losers among the manufacturers who make the components that go inside Apple’s products may also see swings to their share prices.

1 In praise of Gogglebox Ireland, an essential service in all but name
2 Retailers accused of ‘stealing business’ from rivals by flouting restrictions
3 Outgoing Irish a sitting duck for Covid
4 Mortgage hunters: Time to look beyond the five main banks?
5 Five ways to create a culture of innovation in the workplace
Real news has value SUBSCRIBE