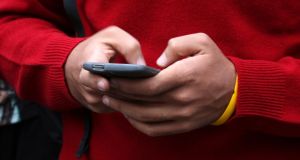 The algorithm change will not affect search on tablets or desktop computers. But as mobile now accounts for half of all searches on Google, companies will notice the consequences.

Google will this week overhaul the way its search engine recommends websites on mobiles, an algorithmic shift that is likely to penalise many sites, including those of Microsoft and the European Union.

The world’s most popular search engine will on Tuesday start updating its secret formula for ranking sites to favour those that are “mobile friendly”, while demoting sites that fail to meet its criteria.

Experts in search engine optimisation have dubbed the shift “Mobilegeddon”, predicting that companies unprepared for the change will suffer heavily as a result.

In an ironic twist, the EU, whose antitrust chief this week accused Google of illegally using its dominance in online search, is one of those likely to be penalised by the changes.

An online test provided by Google shows that the EU’s Europa website is “not mobile-friendly”. It contains text that is “too small to read”, links that are “too close together”, and content that is wider than the screen.

“Those without a mobile-optimised site may no longer rank on page one, whereas competitors that do have a mobile presence will take their place,” predicted Gabrio Linari of The Search Agency UK, an online marketing company. People rarely browse beyond the first page of Google’s search results.

According to research compiled by Somo, a mobile marketing agency, some of the world’s largest companies will be punished by Google under the new algorithm. These include fashion brands such as Versace, technology sites such as Microsoft ’s Windows Phone, and financial services companies such as Legal and General .

The algorithm change will not affect search on tablets or desktop computers. But as mobile now accounts for half of all searches on Google, companies will notice the consequences.

Failing to prepare for Google’s algorithm changes can be costly. When the search engine introduced its Panda 4.0 update last year, it had a financial impact on some major brands including eBay, which suddenly lost many of its prime positions in the rankings.

“Businesses have to get it right,” said Sam Silverwood-Cope of web analytics company Pi-Datametrics. However he cautioned that “this shake-up will go on for some time before it ultimately settles” and therefore some companies may be wise to wait and monitor the effects before conducting expensive redesigns of their websites.

Google warned in February that the algorithm update was coming. It said: “This change will affect mobile searches in all languages worldwide and will have a significant impact on our search results.”

1 How can I view my dead brother’s will if I’m not the executor?
2 Applications for 961 new homes in Dublin and Meath rejected
3 Michel Barnier rejects UK’s call for Canada-style trade deal
4 Aqua Dome in Tralee could close over insurance claims, directors warn
5 Investors pile into property as turnover in build-to-rent sector reaches €2.54bn
Real news has value SUBSCRIBE