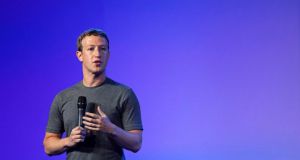 What would the world of Facebook be like with a “dislike” button? Immeasurably improved? A troll’s paradise?

According to its founder Mark Zuckerberg, Facebook did consider introducing a “dislike” button before deciding it would ultimately be too negative.

At a recent town hall meeting at the company’s headquarters in Menlo Park, California, Zuckerberg said: “We were thinking about it.”

“Some people have asked for a dislike button before. They want to be able to say that a thing isn’t good and that’s not something that we think is good for the world.”

“So we’re not going to build that. I don’t think there needs to be a voting mechanism on Facebook whether posts are good or bad. I don’t think that’s socially very valuable or good for the community.”

“What’s the right way to make it so people can easily express a broader range of emotions? To empathise. Or to express surprise or laughter or any of these things. You can always just comment. But there’s something that’s so simple about the like button.”

“I think giving people the power to do that in more ways with more emotions would be powerful. But we need to figure out the right way to do it so it ends up being a force for good and not a force for bad and demeaning the posts that people are putting out there.”

Facebook spooked people this year when it published the results of a 2012 psychological experiment that altered the number of positive or negative posts in some members’ news feeds. The social network was forced to apologise. Zuckerberg was asked about the fallout today.

‘’We took that opportunity to go internally and reflect on whether we had a good process internally, and we tightened things up a bit,” he said.

Facebook isn’t going to stop testing, because that’s what makes its product better, he said.