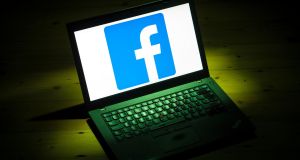 Facebook: We ban those who proclaim a violent or hateful mission or are engaged in acts of hate or violence. Photograph: Dominic Lipinski/PA Wire

The ban, which came into effect at midday on Thursday, extends beyond the groups and individuals cited as hate organisations: posts and other content that “expresses praise or support” for them will also be banned, as will users who coordinate support for the groups.

“The individuals and organisations we have banned today violate this policy, and they will no longer be allowed a presence on Facebook or Instagram. Posts and other content which expresses praise or support for these figures and groups will also be banned.”

When Facebook initially banned Britain First in early 2018 it was for repeated breaches of the site’s posting policies, and did not reach the level of designating the it as a dangerous organisation. That ban came a few months after the group had ceased to be a political party.

But, according to a source familiar with Facebook’s moderation, the community standards will continue to apply even if one of the newly proscribed individuals runs for or assumes political office, since the company has a clear policy that politicians must follow the same rules as other organisations.

The latest bans come two months after Facebook designated the far-right activist Tommy Robinson – whose real name is Stephen Yaxley-Lennon – as a dangerous individual, deleting his accounts on the site and on Instagram.

A month later, YouTube also took action, drastically limiting the availability of robinson videos on the site: they are now removed from search and algorithmic recommendations, comments are disabled, and users must click through a warning to view. – Guardian