Experian deal in trouble after watchdog warns of competition concerns 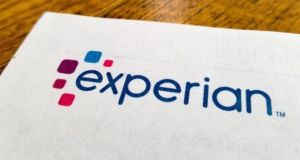 Dublin-headquartered Experian’s £275 million (€310.7 million) deal for its main British rival is in danger of collapse after British regulators said on Wednesday it would likely result in less competition.

The Competition and Markets Authority (CMA) on Wednesday announced the provisional rulings of its Phase 2 investigation into the deal saying a planned merger could harm the continued development of products that help people understand their personal finances.

Experian announced plans to acquire its main rival in March. However, the companies, which are the top two providers of free credit score-checking services in Britain, were informed in late July of a full investigation into the merger amid competition concerns.

Experian and ClearScore are used by millions of consumers in the UK to check their credit scores, understand their finances, and choose loans and credit cards online.

The CMA said on Wednesday that competition between the two companies had helped to drive innovation in both free and paid-for credit checking services as they develop their products to vie for customers.

It added that by taking one of the companies out of the market, the planned merger “would substantially reduce the pressure to continue to develop innovative offers and to make other improvements in services.”

“The provisional findings in our investigation show that Experian’s proposed takeover of ClearScore is likely to weaken competition in the sector and have a negative effect on the services offered to customers,” said Roland Green, who led the investigation.

Experian said it was disappointed by the provisional findings but would work with the CMA to address concerns. The watchdog is to announce its final decision on the planned merger early next year.

Experian, which is listed in London, is the world’s largest credit data company, with 16,500 people employed in 39 countries. The company reported annual revenues of $4.6 billion for 2017. ClearScore, which was founded in 2015 and has six million users, is on track to generate revenue of about $55 million in 2018, a 50 per cent increase on the previous year.