Commission is attempting to stamp out creeping public surveillance 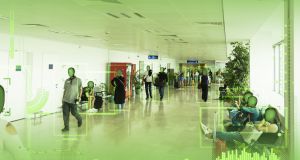 The commission is planning regulation that will give EU citizens explicit rights over the use of their facial recognition data. Photograph: iStock

The European Commission is exploring ways to impose strict limits on the use of facial recognition technology in an attempt to stamp out creeping public surveillance of European citizens.

The commission is planning regulation that will give EU citizens explicit rights over the use of their facial recognition data as part of an overhaul in the way Europe regulates artificial intelligence, according to senior officials.

The aim would be to limit “the indiscriminate use of facial recognition technology’’ by companies and public authorities, said an official. Under the plan, European citizens would be given the powers to “know when [facial recognition] data is used”, with any exceptions “tightly circumscribed” to ensure appropriate use, said the source.

The Brussels initiative comes amid revelations about the use of facial recognition for monitoring crowds in areas such as London’s King’s Cross, which last week prompted an investigation from the UK’s data protection watchdog.

The move to explicitly legislate facial recognition technology would bolster citizens’ protection above existing restrictions laid out under the EU’s general data protection regulation (GDPR). Although the collection of “biometric” data that can be used to identify people is prohibited under the GDPR, no EU data protection authority has yet fined any company in breach of it.

The growing use of surveillance technology in public spaces has put facial recognition under regulatory spotlight.

A new EU law that targets the “indiscriminate” use of the technology would probably affect how both private companies and police and security authorities are allowed to use facial recognition in surveillance in public areas.

Brussels’ plans to legislate facial recognition technology are part of an EU drive to create ethically based laws governing AI. Although the blueprint is at an early stage, the aim would be to help “foster public trust and acceptance” in facial recognition, added the official.

Ursula von der Leyen, incoming president of the commission, has said she will unveil legislation within her first 100 days in office that will provide a “co-ordinated European approach on the human and ethical implications of artificial intelligence”.

In April, an EU expert group working for the commission said new rules had to make clear when technologies were tracking targeted individuals or carrying out mass surveillance.

“Practical means must be developed which allow meaningful and verified consent to be given to being automatically identified by AI or equivalent technologies,” said the expert group.