Recruitment to begin straight away for highly skilled roles 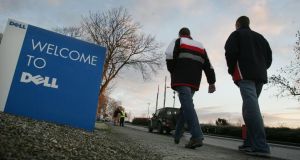 Dell is to create 100 research and development jobs at its Limerick campus.

The company, which employs around 900 people at the facility in Raheen, is pitching Ireland as a central development hub for Dell’s Innovation Technology team.

The new jobs are part of the company’s ongoing investment in digital innovation throughout its global operation.

Aongus Hegarty, Dell’s EMEA president, said it was a testament to the highly skilled talent available in Ireland that the company was continuing to invest in the region, and it underscored Dell’s commitment to its operations in Ireland.

“Over the last four or five years, [LIMERICK]is at the centre of the transformation of the company,” Mr Hegarty said. “This is just one more milestone in the broadening and development of Dell’s business globally.”

Recruitment for the roles, which are primarily highly skilled engineering jobs, will begin immediately.

In October, Dell said it would create 60 jobs at its research and development centre in Dublin, as part of the transformation of Dell’s online platform. The new team in Limerick will work closely with the Dublin-based R&D staff, based in Cherrywood, and global IT teams.

“We’re really happy to see the talent pool we got from the 60 jobs and augmented the talent we already had,” said Dell’s chief information officer Paul Walsh.

“Limerick is core to our strategy. This is the next phase of our investment. They will be driving the vision of Dell, end to end. This is an important part of our longer term strategy.”

The announcement was welcomed by Minister for Finance, Michael Noonan, who said it was great news for the area and demonstrated Dell’s commitment to Ireland.

“The attitude in Limerick now is let’s get together and see how we can do this, the mindset has changed dramatically and that’s why things are improving at such a pace,” he said.

Mr Noonan said people often forgot the contribution Dell made to the area, particularly following the closure of the manufacturing facility in Limerick in 2009. That caused the loss of around 2,000 jobs, and was a “disaster” for the area, he said.

However, the company has built it staff numbers again, adding high-end jobs in recent years.

“The jobs have gone up the food chain and they tend to be higher quality jobs than the assembly jobs that were there previously,” Mr Noonan said.

“Limerick now is succeeding in clustering - clustering in the IT sector andin the life science, and beginning to cluster in the financial services. We have a good story to tell.”

Minister of State at the Department of Jobs, Enterprise and Innovation Ged Nash described it as a “real vote of confidence” in Limerick and in Ireland’s economic recovery.

Dell has operations in Limerick Dublin and Cork, employing more than 2,300 people.

IDA Ireland CEO Martin Shanahan said today’s announcement was a sign of the quality of talent emerging from third level institutions across the region.