Commission antitrust case against Google may be revived 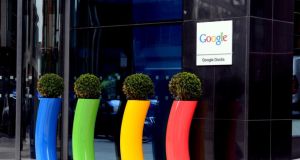 The possible revival of the case follows a changing of the guard among officials in Brussels last October Photograph: Cyril Byrne / The Irish Times

European regulators have taken preliminary steps that appear to show they are getting ready to push ahead with a much-delayed antitrust case against Google, it has emerged.

The possible revival of the landmark case follows a changing of the guard among officials in Brussels last October, with Margrethe Vestager taking over as the EU’s competition commissioner.

Her predecessor, Joaquín Almunia, sought three times to reach a voluntary settlement with Google over concerns that the company was using its web search monopoly unfairly to hurt competitors. Despite the internet company making progressively bigger concessions, however, Mr Almunia left office without reaching a deal.

The evidence of renewed momentum in the case has come in recent weeks from contacts the regulators have had with companies that have complained in the past about unfair competition from Google. Brussels had asked for permission to publish extracts from the confidential complaints lodged by rivals, according to two people who have received the requests.

Gary Reback, a Silicon Valley lawyer who has represented several Google rivals, said that Ms Vestager’s staff would have asked for permission to use the information publicly only if she was preparing to include it in a Commission complaint against Google. An undisclosed number of his clients had received the requests, he added.

According to an executive at another company that had been approached by Brussels, the extracts the regulators want to publish focus on Google’s competition with so-called “vertical”, or specialised, search services, such as comparison shopping sites, travel search engines and sites for finding local services. Rivals accuse Google of giving preferential treatment to results from its own, often inferior services, jeopardising their ability to attract users from the search engine.

An earlier investigation by the US Federal Trade Commission into the same complaint of search bias ended without any action. The signs that Brussels may be preparing to revive its case were first reported by the Wall Street Journal.

The preparation of a complaint against Google may not mean that the commission is planning to take formal action, according to a third person familiar with the case. Ms Vestager may be laying the ground as a bargaining chip to force the company into fresh negotiations, this person said.

Companies have strong incentives to settle rather than face a complaint since a charge from Brussels amounts to a formal finding against them and can lead to a large fine, which can only be challenged on a later legal appeal. Google declined to comment.

1 How can I view my dead brother’s will if I’m not the executor?
2 Investors pile into property as turnover in build-to-rent sector reaches €2.54bn
3 Kerry’s Chinese sales set for 30% hit from coronavirus
4 Provisional liquidator appointed to Dublin engineering firm
5 Bank of Ireland staff in line for 2.95% pay increase
Real news has value SUBSCRIBE