Transaction includes around 300 masts and equipment locations around the country 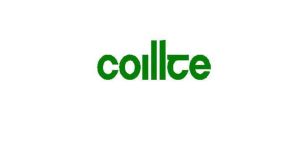 Coillte is selling around 300 masts and equipment locations for an undisclosed sum.

Coillte has agreed a deal to sell its network of 298 telecoms masts to a French investment fund, Infravia Capital Partners, for about €70 million.

The deal, which was brokered by Goodbody Corporate Finance, achieved a sale price ahead of expectations. It is understood that the State forestry agency had originally sought in the region of €60 million for the network.

Infravia beat off competition from more than a half dozen other US and European infrastructure funds to close the deal.

The portfolio includes 104 masts located within its forests that were developed and owned by Coillte. The rest of the network includes sites that were leased by Coillte to other companies, who developed masts while Coillte acted as landlord. The ownership of those sites will also transfer to the new owner.

The network comprises about 16 per cent of commercial telecoms towers in the Irish market. The towers are used by companies suich as mobile phone operators. Some of the locations include optical fibre connectivity, Coillte said.

The total land holding transferred to the new owner is about 15 hectares. Coillte insisted the sale would not affect public access to its forests.

When the sale to Infravia is completed, a new Irish-based company, Cignal, will manage the business.

Infravia chief executive Vincent Levita said the acquisition was consistent with its strategy of investing in high-quality infrastructure assets. He said the investment offered interesting growth prospects in light of the ongoing rollout of the 4G network across Ireland, the implementation of the national broadband plan and demand for more coverage from mobile operators.

Coillte, meanwhile, will use the proceeds of the sale to support its plan to invest €59 million in its Waterford Port Smartply facility, and also further investment in its windfarm portfolio.

Coillte’s telecoms business evolved in recent years from site leasing to telecoms infrastructure, and Coillte’s network is used by some of Ireland’s major telco operators. Some 104 towers were built between 2009 and 2010 to support the National Broadband Scheme.

“Coillte’s core business is forestry and it is our ambition to maximise the economic and social value of each hectare we manage,” said Coillte chief executive Fergal Leamy.

“The transaction we are announcing is an outstanding example of the value we can create from an innovative and strategic approach to managing our estate. From a few hundred remote hilltops we have created a business with real value,” he said.

The deal represents the first major transaction overseen at Coillte by Mr Leamy since he took the reins earlier this year. Last month, it announced revenues for last year of €228 million, up eight per cent, and an operating profit of €60.5 million.

1 Majority of employees don’t want to return to pre-Covid working patterns
2 Homeworking is depriving me of juicy gossip
3 Tobacco giant’s menthol-ban substitutes take 5% share of Irish market
4 If tourists are such pariahs should we not be testing them on arrival?
5 Varadkar and Donohoe to meet banks to discuss mortgage breaks
Real news has value SUBSCRIBE