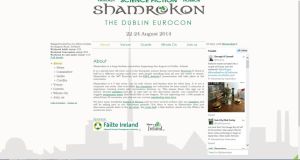 Comic-Con is the world’s biggest and most famous science fiction and fantasy convention, in which fanboys and fangirls queue up in the baking San Diego sun for hours, dressed as anything from Data or Deadpool to Daleks and droids to buy geek gear, attend panels and get stuff signed at meet and greets. It’s nerdvana! If you didn’t make it, then gear up for Shamrokon, which is the Irish-hosted European science fiction convention Eurcon, and which is taking place in Dublin from August 22nd to 24th. In its 36th year, this is the largest convention of its kind in Europe. Hit up the official blog for some podcasts on what to expect. While certainly less high-profile than Comic-Con it will, among other events, play host to the 200th birthday anniversary of spooky Irish gothic novelist Joseph Sheridan Le Fanu.