Cantillon: Tweet deal for Ireland, but not for long 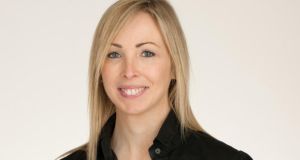 Above a Centra shop in Portarlington sits one of the world’s most important regulatory offices pertaining to online privacy.

From May 18th, the office of Helen Dixon (inset), Ireland’s Data Protection Commissioner (DPC), will have yet another online behemoth to police, after Twitter told all non-US users it will now be regulated on privacy matters from Ireland.

Google, Facebook, LinkedIn and all the other web giants who have their European headquarters here will have to move up in the regulatory bed.

Is Ireland’s data protection regime, seen as lax by critics outside the country – our best weapon to attract investment alongside the infamous 12.5 per cent tax rate?

The Sunday Independent recently reported that, in November, Minister for Finance Michael Noonan met with top Google executive Urs Holzle, who reportedly told him the data privacy regime is as important as tax when it comes to attracting online investment.

Ireland’s European partners, or in this instance the country’s rivals, have moved to head off its advantage at the pass by creating a pan-European data regulator which will supercede national bodies.

The Germans are driving the move, which will shear Ireland of ultimate responsibility for the online privacy of European citizens.

Ireland will still be the effective court of first instance on European online privacy, however.

The WSJ report said most Twitter accounts are inactive, and Twitter reports it has 388 million accounts that are active on a monthly basis. That’s still 298 million that fall under Dixon’s watch.

The DPC’s Laois base has become something of a laughing stock for international privacy campaigners who say the system in Ireland is favourable to the online giants.

The DPC, which argues it is effective and fair in applying the rules, says the recent doubling of its budget to €3.65 million will give it the funds to open a Dublin office.

With next month’s Twitter move, perhaps they should seek a few extra square metres of space.