Company makes announcement at its partner and user conference in Dublin 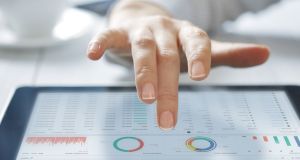 Soti, a Canadian company that provides mobile device management solutions, is to create 150 jobs in Galway over the next three years as part of a new €20 million investment.

The announcement on Tuesday at the company’s partner and user conference, which is being held in Dublin this year.

The setting up of an operation in Galway comes as part of a wider European expansion by Soti, which has more than 17,000 customers globally including American Airlines, Aramex, DPD and ThyssenKrupp.

Soti has already begun hiring 50 people locally with the remaining 100 roles to be filled over the next three years.

The company said it is looking for staff with roles including project and product management, quality assuarance and sales.

Dave Byrne, who has previously held senior roles in Citi, Intel and Compaq is charged with setting up operations for the group in Ireland. He is currently based at the Porter Shed co-working space and is now actively evaluating a final list of sites to confirm a long term space for its growing team.

Soti, which was established in 1995 and now has 10 offices globally, said it expects to exceed 1,000 employees worldwide by the end of 2018.

Soti, which is still 100 per cent owned by founder and chief executive Carl Rodrigues and his family has experienced 93 consecutive quarters of profitability. It is valued at more than $1 billion and estimated revenues of more than $80 million.

The company, which provides a range of mobile and Internet of Things (IoT) enterprise management solutions, was founded by Mr Rodrigues in his basement in the Canadian city of Mississauga.

“Ireland forms an integral part of our long-term growth strategy, as it has developed an excellent reputation for being a technology-based economy, home to a vast array of tech companies – from giant multinationals, to new start-ups,” he said.