Apple’s new devices have improved camera and battery, and the Max has a bigger screen 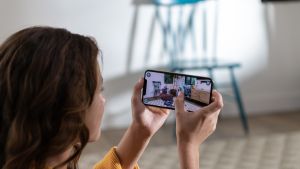 It is September, which means days are getting chillier, nights are getting longer and new iPhones are hitting the market. This year, Apple unveiled three new devices, the iPhone Xs, the Xs Max and the XR. The XR won’t go on sale for another few weeks, leaving consumers with the choice of the Xs and its larger sibling for now. But is the new device worth the upgrade?

In the last couple of years, Apple interrupted its usual “tick-tock” pattern of releases to get the iPhone X out on the anniversary of the iPhone’s launch in 2007. But now, as you can see from the name, it’s back to business as usual. Last year was the big iPhone X redesign; this year is the incremental update.

That’s not to say the iPhone Xs isn’t an exciting release. It makes enough changes to make it worth opting for the new phone over last year’s phone release, if you decided the X wasn’t an option in 2017.

So what exactly is new? In short, the camera has been improved (again), the screen size has been boosted with the Max version, there is the by-now expected update to the chip, and the battery has been improved over the X. What stays the same? It essentially looks like the same phone, although the Max supersizes things a bit.

If you do buy the iPhone Xs Max – or, for that matter, the smaller Xs – the next purchase should be a robust case. The glass front and back may be the toughest Apple has put on its phones, but it’s still glass. Drop it at the wrong angle and you’ll find yourself with a rather expensive repair bill.

It seems a shame to put the iPhone Xs Max into a case that covers its good looks. Apple has kept much of the iPhone X design, including the stainless steel band around the edge, but added options like a gold version to the white and space grey line-up.

Size-wise, the Xs Max comes in a shade smaller than the iPhone 8 Plus, but it fits a larger screen into the package. For this formerly committed “plus” iPhone user, the Max actually feels more comfortable to use than the iPhone 7 Plus or 8 Plus. Now that could be purely psychological, but it felt like I got fewer hand aches, even in the initial days of adjusting to the phone. If you have smaller hands, though, prepare to return to the days of two-handed phone use.

The selling point of the iPhone Xs Max is the screen, which is 6.5in, 458 pixels per inch and looks stunning. Video looks great too, and even fast-paced games flowed smoothly.

Apple has also upped the IP rating of the phone, taking it to IP68 this year. That means you can drop your phone in the pool at depths of up to two metres for up to half an hour. Practically, you won’t be dunking your phone in the pool on purpose, but if it takes a bath in the toilet (more likely) or falls victim to a stray cup of of coffee (very likely) you can just rinse the phone and carry on using it. Just don’t use the lightning port for a few hours, though.

Other features from the X make the cut again this year: wireless charging, FaceID instead of a fingerprint, the dual camera set-up. But the latter has also seen an improvement, such as larger pixels and the use of software to make everything a bit smarter. Take Smart HDR, for example. Up until now, the iPhone’s HDR shots were made up of three images combined to get the best detail and colour. Smart HDR combines nine images. That means more detail in the darker areas of the photo, better colour and potentially the end of blown highlights in your shots.

The enhanced bokeh effect is also worth noting. Apple introduced the faked bokeh effect with portrait mode on the iPhone 7 Plus, but now you can not only select the level of background blur you want, but also change it on the phone after shooting if you aren’t happy with the result. It’s a handy trick.

All this is possible in part thanks to the A12 Bionic chip, which is faster than anything the company has put out in the past. That’s as much as we’d expect, though, to be honest.

One other thing worth noting: if you are a frequent traveller, the iPhone Xs supports dual sim – but one is an esim, so it’s limited to carriers that offer that option. It means you can add a local data plan for use overseas and skip the massive roaming charges, if they apply.

The good If you are a fan of larger screens and felt a bit underwhelmed by the X, good news: the Xs Max will give you more screen space for watching movies, browsing the web and working. And even with the larger screen, it’s still quite comfortable to use.

The not so good It’s expensive. You are essentially paying that premium for the bigger screen and about an hour extra of battery life. In the past, the Plus phones had a better camera; the Xs and the Xs Max carry the same camera capabilities. That is good news, though, if you prefer the more moderate size of the Xs.

The rest The phone is available in 64GB, 256GB and 512GB sizes. The iPhone Xs supports dual sim – but one is an esim, which is only available in certain countries.

The verdict iPhone X owners may want to hold fire, but if you’ve been waiting for an upgrade, the Xs Max is worth considering.

1 Who are Ireland’s 17 billionaires?
2 The entrepreneur who went from ‘total poverty’ to a Lamborghini
3 My father in a nursing home wants to gift me his house
4 Are there annual limits on inheritances or gifts to a child?
5 State subsidises public sector retirees to cover gap until State pension
Real news has value SUBSCRIBE