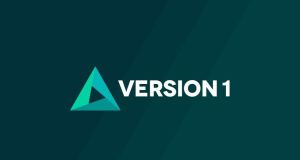 Irish IT services company Version 1 has acquired Dublin-based data analytics specialist Presidion in what is its ninth acquisition to date, and the second in the last four months.

Version 1, which passed the €100 million revenue milestone for the first time last year, and which is looking to double turnover to €200 million by 2020, did not disclose financial details of the new deal.

Founded in 1994 by Cathy McGennis and Barry McIntyre as SPSS Ireland, the company rebranded as Presidionin late 2011. The company, which had revenues of about €4 million in 2017, is an advanced analytics solutions and services provider servicing over 500 accounts and thousands of customers. Its customers include Dell, UPS, Unicef, Disney, BMW, Estee Lauder and Yamaha.

The company is to become part of Version 1’s digital services practice but will continue to trade as Presidion following the deal with chief executive Pierre Baviera continuing to lead the business.

“This acquisition brings a team with advanced data analytics expertise to help our customers to drive evidence-based decisions. Version 1 is leading the way in digital transformation and this latest acquisition further consolidates our position as a market-leader in digital services in the UK and Ireland,” said chief executiveTom O’Connor.

Version 1 recorded revenues of €104.6 million with pretax profits of €12.6 million last year, according to recently filed accounts. It is now forecasting turnover of €120 million for 2018.

The group, which employs 1,200 people, last year confirmed a €90 million investment from London-based Volpi Capital in April 2017 as it looks to rapidly grow turnover and staff numbers.