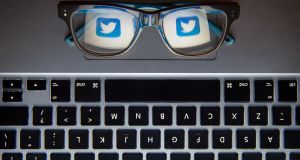 The driving forces behind the #buytwitter movement failed to get the needed majority shareholder vote to proceed. Photograph: Dominic Lipinski/PA

What if Twitter were to become a public co-op, rather than a publicly-traded corporate giant? Thanks to a dedicated group of social activists, such a proposal last May made it all the way to a shareholder meeting of the Silicon Valley company that personifies all that is promising as well as exasperating in social media, and perhaps the wider tech economy.

Some of the driving forces behind the #buytwitter movement (because of course there was a hashtag) were in Dublin earlier this month at the Re:publica digital society conference to explain why they might be down but not yet defeated, even if they failed to get the needed majority shareholder vote to proceed.

They acknowledge how audacious the plan appears to be.

After all, Twitter initially looked to become one of Silicon Valley’s legendary success stories after its founding in 2006. The “microblogging platform” grew so fast that, for long periods, users were regularly treated to the “fail whale” – a smiling whale character with a message urging users to try to access the platform again later – because company servers couldn’t handle the sheer volume of tweets.

The company attracted venture funding from some of the industry’s leading players, which led to it skyrocketing into the rarified atmosphere of unicorns – start-ups valued at over a billion dollars. Tweeting became such a commonplace way to convey an opinion quickly – even for public figures – that before long, a significant comment, followed by “said in a tweet”, was acceptably mainstream even in more conservative publications such as the Financial Times, the Wall Street Journal and the Economist.

But Twitter’s massive presence, online and in public discourse, has not been mirrored on the balance sheet. The company has struggled since its founding to make a profit and keep shareholders bullish. Unlike Facebook, Twitter doesn’t seem capable of effectively linking advertising or data analytics to positive cash flow.

Investors are increasingly unhappy, and shares that were once worth nearly four times more, hover at about $17 now.

Rumours of buyouts have circulated from time to time, with Comcast and Disney mentioned in the past, and Microsoft and Salesforce in more recent speculation late last year.

That’s when Nathan Schneider, a journalist and media studies lecturer at the University of Colorado, Boulder, wrote a bold opinion piece for the Guardian, proposing collective ownership to save Twitter.

The idea, Schneider said, first came from Armin Steuernagel, founder and managing partner at the investment firm the Purpose Fund, who also suggested a possible co-op acquisition process and shareholder structure for this new incarnation of Twitter.

“This could be a chance to make the company better reflect the commons and the community that we have built with its product,” wrote Schneider.

Activists like Danny Spitzberg, a principal researcher at Peak Agency in Oakland, California, volunteered to make that proposal a reality. Spitzberg, who has a keen interest in community platforms for power building, gave a talk at Re:publica Dublin in which he accepted that the sheer cost of staging a takeover was daunting.

“Twitter is a $12 billion company publicly traded on the stock market – and that’s a lot,” he noted with wry understatement. “But if Silicon Valley can disrupt whole industries, why can’t we innovate with corporate ownership? We can share this utility we depend on, rather than selling it off.”

In the wake of the Guardian piece, which garnered worldwide attention and global media coverage, he and other activists “threw together a petition” (of course), developed the hashtag, and went online with an international campaign that drew together some unlikely bedfellows.

“We had radical leftists, the most awful fascists and trolls, and share traders all sharing a nominal amount of accountability for the platform,” Spitzberg said. A strange group, but reflective of part of Twitter’s user base, many of whom had various issues with how the platform was run.

“Twitter is, on one hand, an amplifier and, on the other hand, a toilet,” he said, yet it has been “enormous for building collective identity and power” across all sorts of groups.

The core goals of the growing #buytwitter movement were “shared ownership and accountability”, he said. More amplifier, please, and less toilet.

A co-operatively-run corporation isn’t that strange an idea, he noted. The Green Bay Packers, the famed US national football team from Wisconsin, has been co-operatively owned by fans since the 1920s. The Associated Press is also a co-operative.

“We want to be the Associated Press for digital media,” he quipped.

Spitzberg said the hashtag could have been more carefully chosen, as some presumed the movement was about buying shares, not the entire company. But with his petition, a website (buytwitter.org), a proposal, and the public support – tweeted, of course – of some shareholders, Spitzberg took the campaign directly to the company’s doorstep.

“We threw together a shareholder resolution and we submitted it,” he said. “I literally walked into Twitter headquarters and presented it.”

The proposal didn’t demand the company become a co-op but asked for it “to study alternative forms of ownership. They accepted it after some fights, and after the Securities and Exchange Commission (SEC) backed it.”

Wired ran an article saying the proposal “makes perfect sense”, and even the FT called it “a dream that is worthy of consideration”, Spitzberg said, adding that more than 100 articles about the co-op effort appeared over the year.

Well, they neither won nor lost.

“We got 4.9 per cent of shares voting in favour of a study,” said Spitzberg. Not a win. But not a total failure. “We needed 3 per cent to even come back [to shareholders with a proposal] next year.”

That was in May.

Meanwhile, in a bizarre, Twitter-worthy twist, the hashtag and, to some degree, the campaign was co-opted by former CIA operative Valerie Plame Wilson, who, in a spat with US president Donald Trump over his use of Twitter, last August began a crowdfunding campaign to buy either a controlling or significantly influential shareholding in the company – and throw Trump off the platform.

Trump’s tweets, she wrote on her GoFundMe page, “damage the country and put people in harm’s way”. In a tweet she said, “If @Twitter executives won’t shut down Trump’s violence and hate, then it’s up to us. #BuyTwitter #BanTrump.”

Spitzberg said Plame Wilson’s campaign, which continues, seems to have stalled short of her $1 billion crowdfunding goal but reinvigorated the hashtag, though he’s not quite sure whether her effort helped or hindered the co-op movement.

“Where are we at now? We are reflecting,” said Spitzberg. Activists are considering where to take it next and what, if anything, to propose to Twitter shareholders next year.

“There’s a lot we picked up on this campaign. We didn’t win – yet – but we’ve built a lot of strategic capacity,” he argues, noting they even inspired one women who is campaigning to buy troubled Uber, to have it controlled by its drivers.

For now, says Spitzberg, Buy Twitter is working to “build a block of trusted users trying to organise an exit from the stock market”.

If they succeed, expect some very interesting tweetstorms of commentary.