Growth in Europe surpassed the US in terms of funding, with some $5.7 billion invested in 855 deals 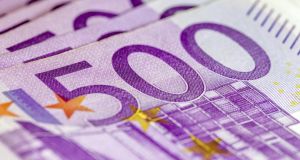 Investment in European technology companies reached a four-year high in 2014, with $5.7 billion going to 855 deals, a 78 per cent rise in funding on the previous year, according to a new report.

“It was a big year. Relative to the US, there was higher growth in terms of funding levels,” says Anand Sanwal, cofounder and chief executive of New York-based investor data analyst CB Insights, which recently released its 2014 European Tech Report. The report is based on available data on all venture deals done in Europe for the year.

The 2014 figure is a 250 per cent increase on 2011, when $2.3 billion went to European tech firms. Both average and median seed deal sizes rose, with average deals up 10 per cent and median deals up 29 per cent year on year.

The rise was helped by several “megafinance” deals, in which venture capitalists pumped huge sums into a few select companies, such as food delivery startups Takeaway. com and Delivery Hero, which took in nine-figure financings, and the $30 million plus deals to BlockChain and WorldRemit.

The average Series A (first venture round after seed funding) amount rose to $5.8 million, but this was in part due to such megadeals.

Nonetheless, European funding was spread more evenly across all series of funding, in contrast to the US, which has experienced a trend towards huge megadeals, the report says.

E-commerce companies took in the most cash, featuring in four of the top seven European deals in 2014.

“Sentiment is positive in that area. Also, these are markets that don’t have anyone who owns it in Europe; there are no incumbents, like an Amazon, ” Sanwal says.

The European payments sector also features strongly as a recipient of international investment.

“There’s a lot of complexity there [to operate in Europe]. If you can crack the code in Europe, those are the companies that really get payments and may do well internationally.”

That the UK leads is not unsurprising as it is “the most mature of venture markets in Europe”.

In addition there are various government-backed or industry-led initiatives that encourage start-ups and entrepreneurship, Sanwal says. More than $1.6 billion of investment went into VC-backed companies in the UK in 2014. The largest deal was a $170.7 million investment into online retailer the Hut Group.

London was far and away the biggest city for venture funding, with 150 deals worth $1.1 billion, compared to second place Cambridge with five deals, then Bristol at four.

However, seed funding for UK companies slumped in 2014, accounting for just 36 per cent of all deals, compared to 53 per cent the previous year.

Octopus Ventures was the most active VC in the UK in 2014, followed by Index Ventures, with Notion Capital, Accel Partners and Balderton tied for third place.

The third quarter hit an 18-quarter high of $555 million, largely due to a single $350 million Series G investment to Delivery Hero, one of three big investments the company won in 2014.

Berlin was the most active German city, with 91 deals worth just shy of $1 billion, followed by Munich with 28 deals and Hamburg with five.

The most unexpected finding in the study was that Italy appeared as a fast-rising contender to be a technology hub. The report notes that deal numbers increased by 208 per cent – from 30 in 2011-12 to more than 70 in 2013-14.

“No other EU country has seen more growth in deal volume over the past two years than Italy . . . That was a surprise for us,” says Sanwal. “Sometimes the data shows us something we don’t expect. Maybe it’s because Italy is growing off a smaller base [of investments].”

Other fast-growth countries were Switzerland, at 178 per cent during the same period, Finland with 173 per cent, and Denmark and Austria, both at 88 per cent.

Having public-private investors like Germany’s Gruenderfonds working to spur start-up activity is quite different from the US, and helpful to the European market, “but it highlights that Europe is still nascent. There’s not enough private capital.”

The point at which US VCs generally enter European deals is in the later C or D round stages, once companies break out and start to show growth, he says.

When this happens, and American VC firms enter the picture, and deals tend to get larger.

Sanwal says while Europe produces fewer $100 million exits – a VC benchmark for a good company exit – the exits are more cash-efficient for investors. That’s because companies generally receive lower initial investments than in the US, “so European companies tend to get further with less money”, producing better returns for VCs.

“So, on the outcome side, Europe has some very nice characteristics,” says Sanwal.

Failure rates are difficult to track – “as they say, investors and founders tend to bury the dead” – but are probably similar between the US and Europe, he says.

What stands out for him in the report?

“I think the sheer growth in the funding. The amount was higher than expected,” Sanwal says. He also notes the increased deal sizes overall.

“It’s a very positive, bullish report on the European market. It provides perspective that more cheques are being cut.”