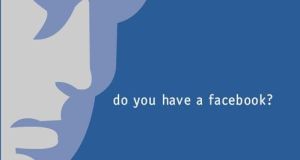 Internet freedom was much on the agenda at China’s second World Internet Conference in Wuzhen, but there are clearly different readings on what online freedom means.

At 668 million, China has the world’s largest population of internet users. It also has the most tightly controlled internet, with the Great Firewall of China suppressing content seen as a threat to the Communist Party. Controversial social media posts are quickly taken down.

Speaking to 2,000 delegates at the conference, Chinese president Xi Jinping said that “no country should pursue cyber hegemony”. He defended China’s right to independently choose its own model of cyberspace governance.

“On the one hand, we should respect the freedom of expression,” he said. “On the other, we need to create a fine cyberspace order following relevant laws. Freedom is what order is meant for, and order is the guarantee of freedom.”

Dozens of people have been punished for fabricating or spreading rumours about the stock market rout, Tianjin warehouse blasts and other key events, according to the ministry of public security.

In addition, some 24,000 pornographic websites were shut down and 596 cases prosecuted this year.

The country’s internet tsar, Lu Wei, head of the Cyberspace Administration of China, said Beijing would push for new rules in the cybersphere.

“China is exploring a new way of internet governance with rule of law at its core,” said Lu. “In other words, we should correctly handle relations between freedom and order.”

China’s three biggest online players are the “BAT” companies – Baidu, Alibaba and Tencent. Earlier this year, Xi reached out to the BAT chiefs, including Ma, to help with his mission to “purify the internet”.

“It will be a challenge to humankind if we do not regulate the future development of the internet systematically.”

One picture that captured the imagination of the Chinese media was of 84 key delegates, including BAT chiefs Ma, Robin Li and Pony Ma, and various government leaders at the conference. The firms represented in the photo have combined assets of more than $600 billion (€552 billion), according to the China Daily.

“There is no international protocol on global cyberspace governance. China aims to create one, and it depends on whether major players such as the United States. are keen to join hands,” Shi Yinhong, a professor of international relations at Renmin University, told the South China Morning Post.

Alibaba has had its own problems with regulations, including pressure to do more to stop the sale of knock-offs on its websites.

“At Alibaba, I used to be against regulation,” said Ma. “But today we have fake products and frauds, and people are saying you don’t have enough regulations. So we still need to regulate.”