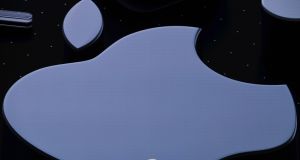 Apple’s annual developer conference is to go ahead - but as an online event amid the ongoing coronavirus outbreak.

Apple’s annual developer conference is to go ahead - but as an online event amid the ongoing coronavirus outbreak.

The company is promising a big event for the Worldwide Developers COnference, which is set to take place in June.

The tech giant also said it would commit $1 million to local organisations in San Jose to offset the loss of revenue to local businesses due to making the event online. Thousands of developers and press usually attend the annual event, which is now in its 31st year.

“We are delivering WWDC 2020 this June in an innovative way to millions of developers around the world, bringing the entire developer community together with a new experience,” said Apple’s senior vice president of Worldwide Marketing Phil Schiller. “The current health situation has required that we create a new WWDC 2020 format that delivers a full program with an online keynote and sessions, offering a great learning experience for our entire developer community, all around the world.”

“With all of the new products and technologies we’ve been working on, WWDC 2020 is going to be big,” said Craig Federighi, Apple’s senior vice president of Software Engineering. “I look forward to our developers getting their hands on the new code and interacting in entirely new ways with the Apple engineers building the technologies and frameworks that will shape the future across all Apple platforms.”

Apple is not the first event to alter its plans due to the Covid-19 outbreak. Mobile World Congress, which was due to take place in February in Barcelona, was cancelled. The annual Games Developers Conference scheduled for San Francisco on March 16th was postponed until later in the year, while fellow games conference E3 was also cancelled. Dell Technologies World has become an online event instead of the annual Las Vegas conference, and SXSW in Austin, Texas, was also shelved.

5 Pfizer/BioNTech vaccine: what you need to know about UK approval