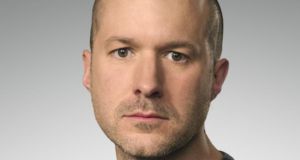 Jony Ive, Apple’s top designer, will give up day-to-day managerial duties in what the company said is a promotion to the newly created position of chief design officer.

Mr Ive, who’s been behind shaping the look and feel of Apple’s most important products, will still lead design efforts while focusing entirely on “current design projects, new ideas and future initiatives,” the company said.

Ive’s two deputies will take on the managerial duties, beginning July 1st, according to the company.

The Telegraph in London earlier reported the news.

“The new chief design officer title is a symbolic gesture recognising his strategic importance to Apple’s future,” Neil Cybart, an independent analyst and founder of the Above Avalon website covering Apple’s business, said .

“In many ways, Jony’s new role is the closest thing yet to the unofficial role that Steve Jobs held at Apple. With day-to-day managerial duties being handed off to capable team members, Jony now has more time to focus on the big picture, although history would suggest he will remain quite involved with the details.” Travel Plans

Mr Ive plans to travel more and spend time on the design aspects of the company’s retail stores and new offices in Cupertino called Apple Campus 2, the Telegraph reported.

“Well, I’m still in charge of both” areas, Ive told the Telegraph. “Those two are as good as it gets. Richard was lead on the iPhone from the start. He saw it all the way through from prototypes to the first model we released. Alan has a genius for human interface design. So much of the Apple Watch’s operating system came from him.”

Success of the larger-screened iPhone 6 and 6 Plus have helped rejuvenate sales, allowing the company to post record profits in the past two quarters and experience expansive growth in China.

Mr Ive also pushed the design of the Apple Watch, the company’s first new product in five years. The Watch went on sale in April.

Mr Ive, whose title had been senior vice president of design, joined Apple in 1992 and has led its design team since 1996, according to Apple’s website. He worked closely with the late co-founder Steve Jobs, who called Mr Ive his “spiritual partner” on products stretching back to the iMac.

In 2012, chief executive Tim Cook expanded Mr Ive’s role, giving him control of so-called Human Interface, which controls the look and feel of the company’s software. About a year ago, Mr Ive’s role was further expanded to include control of the team that designs Apple’s iOS software that powers iPhones and iPads.

“His new role is a reflection of the scope of work he has been doing at Apple for some time,” Mr Cook said in a memo to staff obtained by website 9to5Mac. “Jony’s design responsibilities have expanded from hardware and, more recently, software UI to the look and feel of Apple retail stores, our new campus in Cupertino, product packaging and many other parts of our company.”

An article published in the New Yorker earlier this year described how Mr Ive had been describing himself as both “deeply, deeply tired” and “always anxious” and said he was uncomfortable knowing that “a hundred thousand Apple employees rely on his decision-making - his taste - and that a sudden announcement of his retirement would ambush Apple shareholders.”

“Jony’s an artist with an artist’s temperament, and he’d be the first to tell you artists aren’t supposed to be responsible for this kind of thing,” Laurene Powell Jobs, the late-co-founder’s widow, is quoted as saying.