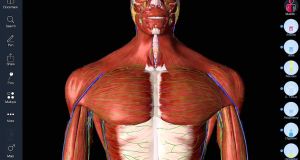 The group’s flagship app “Complete Anatomy”, has been downloaded more than 9 million times

Technology firm 3D4Medical is to create 70 jobs at its headquarters in Blackrock, Co Dublin.

The company specialises in the development of apps aimed at medical students, specialists and clinical solution or healthcare providers,

It said the new roles will be in software development, graphic design and medical writing.

Founded in 2004 by John Moore and Niall Johnston, the group’s flagship “Complete Anatomy”app has been downloaded more than 12 million times.

Last September the company helped Apple demonstrate its latest iPad - the IPad Pro - when it showcased its apps at an event in San Francisco.

In the financial year ended 31 December 2014, 3D4Medical recorded earnings before interest, tax, depreciation and amortization (ebitda) of $700,000 on revenues of $4.1 million.

Irish-based life sciences company Malin acquired a 38 per cent stake in the firm last year for a consideration of $16.4 million. Three Malin directors were appointed to the board of 3D4Medical at that time, including John Herlihy, former head of Google Ireland and now LinkedIn’s vice president and managing director for the Europe, Middle East and Africa (EMEA) region.

In addition to its headquarters in Dublin, 3D4Medical has also recently opened offices in Poland, Russia and San Diego.