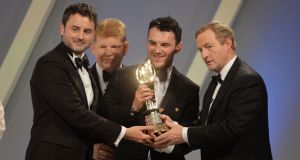 Content analytics firm NewsWhip has raised $6.4 million in funding as it prepares to expand its team and further develop its technologies.

The company, which has its headquarters in Dublin but also has an office in New York, offers technology that will help media, marketing, and public relations sectors to predict trends, spot influencers and develop editorial strategy. Among its customers are the BBC, the Washington Post, Edelman and MasterCard.

The latest funding round is the largest it has raised by far, with $2.8 million raised to date through angel and seed funding.

At a time when valuations in some sectors of the tech industry have been questioned, raising money has become a bit more competitive.

“We had really strong growth last year, which made it easier as the year went on,” Mr Quigley said. “In February, there was a reduction in Saas company values in markets, and there was a bit of a tech bubble discussion for a while. People hunkered down for a bit and weren’t writing as many cheques.”

NewsWhip is already planning to add to its staff numbers as a result of the new investment, with cofounder and chief executive Paul Quigley saying the firm planned to increase staff in both Ireland the US, including a larger sales team in the US, and key hires in product, machine learning, commercial strategy, marketing and sales.

It currently employs 50 people, with product development based in Dublin. By the end of the year, Mr Quigley said the company expected to employ about 70 people in total.

At the moment it offers three product lines, including an analytics product which is the newest addition to the line-up. The funding will also be used to further develop and support those.

The new investment round will also see some additions to the board. Conor Stanley, founder of Tribal Ventures, will be joining, along with the Associated Press’s senior vice president for strategy and enterprise development, Jim Kennedy, and Liam Kiely, director of corporate finance.

NewsWhip was founded in Dublin in 2011 by Mr Quigley and chief technology officer Andrew Mullaney.