Is the price now right for Bulgarian property investments? 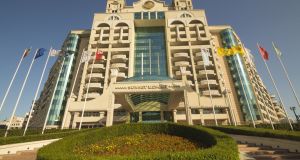 Irish interest in Bulgarian property flourished at a time when our property investors/owners were feeling invincible, from about 2003 onwards. Explosive capital appreciation in Ireland and overseas, in Spain for example, was viewed as bankable profit and borrowing against boom time valuations was widespread.

Where does the market stand now?

The Bulgarian market has long needed a strong Russian rouble for robust good health. Unfortunately for Irish and UK owners wishing to divest themselves of their Bulgarian investments, it has not had this foundation for a number of years now. A devaluing rouble means many Russians can essentially sell at a 30 per cent loss and recoup the same as their initial investment. This has not helped a market that is already oversupplied. British buyers, who at one point were quite plentiful, have dwindled due to currency and Brexit fears.

Nowadays the main buyers in Bulgaria don’t have the purchasing power of yore. And there is a lot of product for sale, so prices have retreated significantly. Properties can still be sold but only if vendors are realistic, allowing for a strong buyers’ market.

Dylan Cullen runs Appreciating Assets, a Dublin-based company marketing properties for Irish and UK owners, predominantly to Russian buyers. Cullen says it is important that clients be realistic about what they can achieve for their properties.

“Although it doesn’t sound like much, a €3,000 price reduction on a property is a lot if the property is valued at €30,000. That discount has a huge impact, it could be the difference between selling a property or having it on the market for years. Buying power is relative, a coffee in Bulgaria costs 30 cent, it would be €3 here,” says Cullen.

The flipside is that Bulgarian property is now remarkably affordable and probably appropriately priced. Properties that sold for €80,000 10 years ago are widely available now for €25,000. With direct Dublin to Sofia flights operating with Ryanair, and Bulgaria still a reasonably priced country to visit and invest in property – some of it quite high quality – few Irish buyers seem interested.

How low can prices go?

In general terms properties in coastal areas are back 30 per cent to 60 per cent from peak prices, depending on the quality of the individual developments. In the ski resort of Bansko prices are off by 50 per cent to 70 per cent and location is a key issue. Distance from the ski lifts is all important.

Oversupply on the coast is an ongoing issue, but sales activity is growing steadily according to Cullen. One of the big issues he sees for those seeking value is that very few buyers took out mortgages to acquire property in Bulgaria. Instead it was more common to use savings or equity release from another asset. This means there is no real floor in the market. “If you paid €80,000 with a €60,000 mortgage there’s a price below which you can’t sell. This restriction isn’t present with many Bulgarian properties,” says Cullen.

The Bansko ski area has similar issues to the coast but is not as dominated by Russian buyers. It is however, according to Cullen, a market trying to find a bottom as owners drop prices to find a point at which sales can happen. An overhang of property remains even though the area is home to quite a few unfinished developments.

The Sofia market differs from the holiday resorts. It offers year-round rentals and benefits from strong domestic demand but prices hover around 30 per cent off peak. Again, as always, location is key and a lot of property is still lying idle around the city. Consequently, prices will remain depressed until this excess capacity is flushed out of the system. Adding to the problem is a strong pipeline of newly built properties, ramping up oversupply and creating downward price pressure.

According to Cullen, the areas of Bulgaria with significant Irish ownership and in demand include Sunset Resort, Garden of Eden, The Majestic and Bay View Villas on the coast, Vitosha Palace in Sofia and Pirin Golf in Bansko.

At an RDS exhibition in 2003 a featured project was Sunset Resort in Pomorie, Bulgaria, which subsequently ran into myriad problems. Remarkably the construction went ahead, which was not the case for many other developments. The Bulgarian coast, ski resorts and even Sofia are littered with incomplete developments.

Sunset Resort is what Appreciating Assets terms “an excellent front line development”. On a visit late last summer it was packed with tourists, quite a few of them Irish. Not all had intended it as a perennial holiday destination when they purchased, but that’s where the market has gone.

It is sprawling, with plenty of availability as a consequence. In general, sale prices in Sunset Resort are from 30 per cent to 50 per cent below what was paid between 2003 and 2008 – the peak years for Irish interest. But the average covers up an underlying issue. Sunset Resort was built in phases, so some owners who bought in the first phase in 2003 can almost break even when selling today. Those who purchased in the final phase would be lucky to recoup 60 per cent of their initial outlay.