On the minus side, with that smaller price tag comes lower power and specs, which won’t suit all users 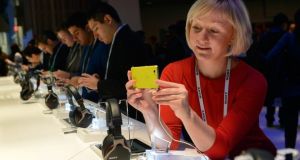 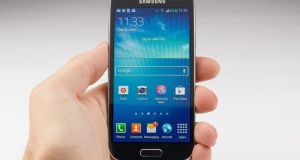 Samsung Galaxy Mini S4 – Beside its newer rivals, this begins to look a little dated. 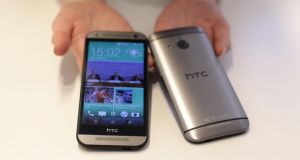 Phones may be getting bigger – the 5.2-inch Sony Xperia Z2 or the Galaxy S5 with its 5.1-inch screen, for example – but not everyone thinks bigger is necessarily better. Phonemakers recognise this split in the market and have been creating smaller – and cheaper – versions of some of their more popular phones as a result.

The bonuses are obvious: more compact phones that are easier to carry in your pocket, and usually cost less. However, with that smaller price tag comes lower power and specs, which won’t suit everyone. It’s interesting to note though that the so-called mini phones we tested all have larger screen than the iPhone 5S with its 4-inch screen. So size is relative. So if you want to go more compact – though larger than an iPhone – what are the best options out there? HTC One Mini 2 The M8 is barely out of the blocks, but already HTC is ushering in the more compact One Mini 2. At first glance, the Mini 2 looks remarkably like the M8. But a closer inspections reveals a few differences. Instead of that all metal body, the Mini 2 has some plastic bits that feel a bit out of sync with the “premium” image of the M8. But it fits nicely in your hand,

The Mini 2 has a 4.5 inch display, just edging out its competition in the compact smartphone category but diminutive compared to the M8’s 5.2 inch screen. That smaller display means a lower resolution too, at 720p. Will you notice? Probably not. As long as images are bright, text is crisp, the loss of a few pixels here you’ll probably not even miss seems a little petty to complain about, unless you are comparing the two phones side by side. At 326 pixels per inch, it should look pretty good.

On the storage side it comes with 16GB built in, which can be beefed up with an external memory card, and 1GB of RAM. It’s powered by a 1.2 GHz quad core processor, which seems slightly underpowered compared to some of its rivals, but putting it through.

On the camera front, a 13 megapixel rear facing camera puts it second to the Z1 Compact, but ahead of rivals such as Samsung. Its front facing camera is a hefty 5 megapixels too, which should keep selfie fans happy.

Officially, the battery should keep you going for more than 16 hours of talk time, and more than 550 hours of standby time. That’s not a bad average.

Verdict HHHH An improvement over the original One Mini, with a great camera. Sony Xperia Z1 Compact The Xperia Z1 Compact is up there with the best of the compact smartphones.While others cut back on power and processing speed to squeeze everything into the smaller frame, this clever device managed to hang on to some of its bigger sibling’s better attributes including an impressive camera.

The display is a 4.3-inch screen, which is slightly smaller than Mini 2, but it crams in 342 pixels per inch. Plus it’s got all the usual Sony technology that has been adapted from its TV expertise.

On the design front, the Z1 Compact looks the part, with a glass and aluminium frame. It’s waterproof too, a major bonus.

With a 2.2Ghz quad core processor, the Z1 Compact flies through most tasks with barely a pause. That’s a big improvement on some of the mini handsets that have been released, which often cut back on this front, presumably to squeeze down ths price too. but smaller shouldn’t mean inferior, and Sony has this one down.

The Z1 compact keeps the same camera as its larger siblings, which instantly puts it out ahead of the competition here. The resolution clocks in at 20.7 megapixels, with Sony’s G lens and all sorts of technology aimed at reducing noise, blur and other things that could otherwise spoil your images.

The Z1 Compact has a 2300 mAh battery, which gives a decent performance throughout the day. Eighteen hours of talk time and up to 670 hours of standby is nothing to be sniffed at.

Flick it into stamina mode and the battery time instantly lengthened – Samsung introduced this in the S5, so it’s reasonable to expect similar technology in the s5 mini when it arrives.

HHHHH One of the only “mini” phones that doesn’t sacrifice on power or features for size.

Samsung Galaxy Mini S4 Beside its newer rivals, the S4 Mini is beginning to look a little dated. The S5 Mini may be inevitable, but until the rumours swirling around turn into something more concrete, we’ll have to content ourselves with its predecessor.

The S4 Mini resembles its larger sibling in terms of style, but on a smaller scale. It’s lighter than the others, but also has a less premium feel to it.

With a dual core 1.7ghz processor , the S4 Mini will perform reasonably as long as you don’t tax it too much. And the expandable storage will give you an additional 64GB of capacity to play with. You’ll need it; the built in storage is only 8GB.

The camera has an 8mp resolution, with a front-facing 1.9mp camera. That’s the lowest resolution out of all three phones listed here, and also a row back from the 13 megapixel camera on the full size s4. But it’s respectable for a smartphone, and the resulting photographs aren’t bad.

The S4 Mini also has a poorer battery life than the other phones, with only 12 hours of talk time and up to 300 hours of standby time. That puts it bottom of the list here.

Verdict HHH The S4 Mini is starting to feel the pressure from the competition, but it is older than either of its rivals. Expect good things from the compact S5, should it make an appearance.

1 Aer Lingus confirms job cuts due to ‘decimation in demand’
2 Why is Germany suddenly embracing its inner Keynesian?
3 Passengers face queuing in car parks at Dublin Airport
4 ‘The recovery needs to be a full-scale economic renewal’
5 Major credit union plans to limit savings accounts to €40,000
Real news has value SUBSCRIBE