‘Tech hub’ is a ubiquitous term – not everyone knows your niche 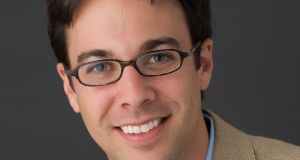 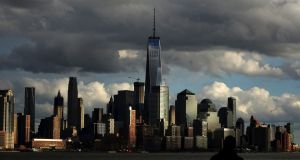 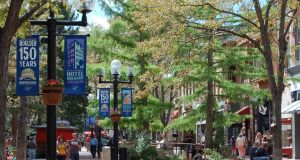 Boulder in Colorado had the highest density of start-ups of any city in a US survey, with six times the national average.

“Tech hub” is a meaningless term. As the sector grows in size and influence, almost every city in the US has attached the label to its list of local attributes. While some places are better known for generating innovation of all kinds than others – Silicon Valley being the most obvious example – a little more attention to detail is recommended when assessing tech hubs elsewhere.

It comes as no surprise that San Jose, California, topped a recent survey by finance site NerdWallet as the most innovative urban centre in the United States (measured by the number of patents per 1,000 residents, venture capital received per capita in a particular region etc). The runner up, however, might not be as obvious. Boulder, Colorado, had the highest density of start-ups of any city on the survey, with six times the national average. Boulder came out as the second most innovative city in the United States – pushing San Francisco into third – principally for its strengths in green technology, health food, organics, health care and bioscience.

The reality, therefore, is that Colorado is principally a “hub” for healthcare and green tech. This kind of specificity is the case for most places claiming “tech hub” status.

While California or New York might make sense as locations for early stage expansion in any tech niche, there are a number of other US cities with highly specialised skill sets that fly below the radar. “In the initial stages of growth, it almost doesn’t matter where a company chooses to locate,” says Growth Hacker and start-up consultant Paul O’Brien. “The pros and cons of any place tend to outweigh one another. If you’re in the Valley, you’ll have greater access to capital, not to mention a wealth of experienced tech pros. But it’s going to cost you. The opposite is true for somewhere like Austin. It is inexpensive but the tech experience isn’t as deep and there aren’t as many VCs.”

“Tech is a ubiquitous term and not every place will know about your niche,” says O’Brien.

A more refined understanding of each locality is needed. “If you’re building a search engine or a social network, go to Silicon Valley.

Chicago, however, is the place to be for payments infrastructure. Austin is known for data intelligence, on account of the large military presence in Texas, while Raleigh in North Carolina is arguably the best place in the United States for health and biomedical innovation.”

Why one place becomes synonymous with an industry is difficult to pinpoint. Detroit, Michigan, might have had the perfect ingredients for the automobile industry to thrive a century ago. In 2016, that same recipe would be the culinary equivalent of the prawn cocktail.

“Motor City” may seem like an out-dated example. But as every nerd’s hero, Carl Sagan, put it, “You have to know the past to understand the present.” History has lessons for a sector even as fast-paced as tech. “Understanding where the capital community is coming from should be a crucial determinant when considering location,” says O’Brien.

“Because of the long standing presence of the financial industry in New York, funding for new tech frequently comes from banking and investment. Business funding in Texas, on the other hand, will often come from oil and gas or real estate.” Knowing these details will help determine if your tech will be required locally, but even if it isn’t, it will inform how best to communicate with native investors.

“For location the key things to look at are ‘customers’ and ‘partners’ who enable revenue, especially if you are Business to Business [B2B)], and to a lesser extent Business to Customer [B2C],” says Shane Lennon from Digital.Irish, headquartered in New York.

The way to do this, says Lennon, is by having a physical presence in whatever location best suited to your business. “Being able to walk out the door and interact with your customers is important,” he stresses. “All the online tools are great and provide good signals, but you still need to see customers face to face and interact in the environments your app/product fits into.”

There is also the more practical consideration of time-zone differences. “Some level of overlap may be required for collaborative f2f/phone calls/meetings,” he adds.

Needless to say, setting up a base in the US is very expensive.

Therefore many start-ups keep the engineering team based at home and recruit a sales and marketing team stateside. Hiring a small, but effective, team in the US is still a difficult task.

“Hiring the right people is difficult to do in any market, let alone in Silicon Valley,” says Simone Boswell, SVP for internet, media and entertainment sectors for Enterprise Ireland.

“Irish companies trying to locate in the US are up against a steep curve for local talent,” she says. “Keep your development team in Ireland or it will cost you funding you may not have and critical time and resources burned on the building out of an attractive corporate culture – which is a requirement if you want to attract talented people. But this only becomes a much bigger problem if the company is growing from say 1- employees to 60 in a short amount of time.”

1 Fianna Fáil may have just pressed the pause button on the property market
2 Who are Ireland’s 17 billionaires?
3 Are there annual limits on inheritances or gifts to a child?
4 My father in a nursing home wants to gift me his house
5 O’Flynn company ‘mistakenly’ got go-ahead for Birmingham project
6 Eason puts Blanchardstown Centre store on market at €16m
7 European investor acquires Harcourt Road offices for €55m
8 ‘Designed by clowns’ – Boeing internal messages revealed
9 Tipperary land holding of 800 acres seeking €11m
10 State subsidises public sector retirees to cover gap until State pension
Real news has value SUBSCRIBE