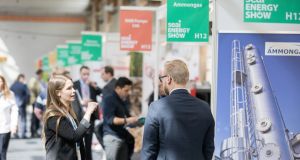 Small and medium sized businesses in Ireland agree they could do more to embrace green energy efficiency but most simply do not have the time or money to do so, a new survey has found.

Energy and fuel costs are also considered of less importance than other issues, including Brexit, securing credit, a lack of customers and cash flow.

Research conducted by the Sustainable Energy Authority of Ireland (SEAI) on business interaction with alternative energy investment found that, while most believe they have a role to play in the fight against climate change, only about one in five believe they have done all they can.

This is a problem in changing consumption patterns – the SME sector accounts for half of all energy use by the commercial sector.

The majority of organisations believe they have a role in tackling climate change but only 11-22 per cent (depending on the size of the company surveyed) believe they have put all possible measures in place to address it.

“For organisations that feel more can be done to improve their organisation’s energy efficiency, a majority lack time and funding to carry out upgrades,” the survey findings said.

As regards priority issues facing SMEs, energy and fuel costs came in at just 3 per cent. That figure compares with 10 per cent for Brexit, 8 per cent for getting paid by clients, 6 per cent for securing credit, 5 per cent each for competition and a lack of customers, and 4 per cent for cash flow.

However, there is a silver lining, with almost 40 per cent saying they intend to take action. The SEAI is attempting to encourage progress, not least through this week’s event.

Fergus Sharkey, SEAI’s head of public and private sector business, said the survey confirmed that energy efficiency was simply not a priority issue for most SMEs – often because, unlike larger companies, they lacked the capability to adapt.