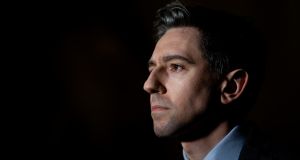 Consultancy companies are in the spotlight over the controversy surrounding costs for the construction of the National Children’s Hospital. According to the Sunday Independent, consultancy companies “dropped the ball” before the construction phase. The paper reports that BAM, the contractor, only claimed €60 million of the €450 million cost overrun.

Minister for Health Simon Harris told RTÉ on Saturday that there was “no going back” on the project, however. Writing in the same newspaper, Minister for Finance Paschal Donohoe said the Government will examine how to “improve the performance of advisory firms”.

AIB in line for capital boost

AIB is in line for a £300 million (€340 million) capital boost after its Northern Ireland subsidiary decided to stop issuing sterling banknotes from 2020, according to the Sunday Times. The decision by First Trust is said to be connected to the high cost of compliance with new currency security regulations and their decision will mean Ulster Bank, Danske Bank and Bank of Ireland are the only issuers left.

The Sunday Business Post reports that Ulster Bank has hired Pepper, a loan servicing company, to help it in dealing with customers in deep mortgage arrears ahead of a planned portfolio sale later this year. The paper said Pepper have been drafted in to get customers in arrears into long term restructuring agreements.

The Sunday Business Post also reports that unelected officials in Leinster House were accused of trying to restrict the Dáil’s most powerful committee, the Public Accounts Committee (PAC). The paper obtained a document which discusses possible changes to how witnesses are dealt with at the PAC. Fianna Fáil’s Sean Fleming is reported to have said that senior civil servants in the Houses of the Oireachtas were trying to use recent criticisms of the committee to curtail its role.

Pat Kenny is seeking legal advice after a fake news story and doctored photographs of him appeared in addition to a fake advertisement. The Newstalk broadcaster told the Sunday Independent that advertisements showing a picture of him recommending erectile dysfunction drugs and muscle enhancers appeared on a prominent news website as well as Facebook and Google.

In the Sunday Telegraph the chairman of the UK Commons committee overseeing the social media sector said they should be held legally responsible for content published on their sites and face punitive fines if they fail to tackle harmful content.