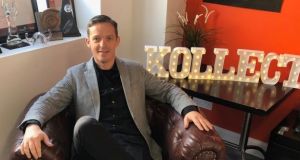 Waterford waste start-up Kollect has made its first acquisition since going public last year, buying an unnamed Irish company in a €480,000 deal.

The company said its decision to raise funds via a directed issue, which isn’t a financial structure regularly used by Irish companies, was to “secure financing in a time- and cost-effective manner, and to diversify the shareholder base”.

Kollect said it had acquired 100 per cent of an unnamed Irish company operating within the compactor bin business, which reported revenues of €354,000 and a net profit of €179,000 for the 12 months to the end of June.

The deal gives Kollect 12 additional sites along with 23 compactor bins in a move that allows the company to expand its market share within the so-called “big bin” sector.

It said the acquisition is expected to provide a net profit on an annual basis of approximately €480,000.

Kollect, which was founded by John O’Connor in 2015, allows businesses and consumers to arrange waste collection online.

The company reported a strong performance during the first quarter with revenues up 98 per cent to €834,000 and gross profits rising 63 per cent to €320,000. However, it said in May that the Covid crisis had hit the company’s business in the second quarter, leading it to implement a costs savings plan.

It said at that point that it was refocusing sales on construction sites and commercial premises to coincide with the first stage of reopening the Irish economy after lockdown.

Kollect raised €1.76 million in capital last December when it listed on the Nasdaq First North in Stockholm.