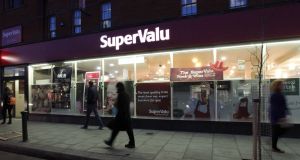 Under the scheme customers who link their Bank of Ireland credit cards to SuperValu’s loyalty card will earn 250 bonus points, which can be swapped for money-off vouchers

Irish grocery retailer SuperValu has relaunched its Real Rewards loyalty scheme in partnership with Bank of Ireland and Electric Ireland.

Under the new scheme customers who link their Bank of Ireland credit cards to SuperValu’s loyalty card will earn 250 bonus points, which can be swapped for money-off vouchers.

Customers will also earn two points for every €1 spend when shopping in SuperValu with their Bank of Ireland cards and one point for every €10 spent on other purchases.

By linking their loyalty card to their Electric Ireland accounts they will get 250 points, which can be used to offset their energy bills.

SuperValu has also launched a loyalty app which will allow customers to access their rewards online and on their mobiles.

In addition, SuperValu has launched eShops, an online shopping portal centre with more than 100 online brands, that allows customers to earn reward points when purchasing goods from the likes of eBay, Expedia, Debenhams, and Eason.

Speaking to The Irish Times, Martin Kelleher, managing director of Musgrave, said SuperValu expected to get “better traction” from customers with its revamped scheme.

The partnership with Bank of Ireland comes just a few months after SuperValu launched a pilot with AIB for an in-store bank branch in its Lucan supermarket.

He said the reward programme costs the company about €40 million a year. It has about 1 million customers, of which around 800,000 are “active” users with SuperValu targeting 1.3 million consumers over time.

Bank of Ireland chief executive Richie Boucher described the partnership as a “first alliance of its kind” here.

“Appreciating customers for their business is a key feature of Bank of Ireland’s approach, and we expect to announce further loyalty-driven reward offers over the coming months.”

Niall Dineen, residential markets manager of Electric Ireland, said: “We are delighted to partner with Supervalu to deliver even more savings and rewards to our loyal residential customers.”