Online shopping revenues grew by 45% in 2016, with smartphones the device of choice 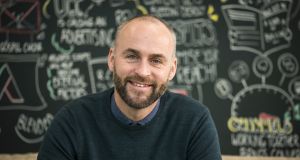 The surge in online shopping shows no signs of tapering off just yet. Revenues at Irish ecommerce sites grew 45 per cent in 2016 for the second consecutive year, according to the latest study by Wolfgang Digital.

“The online spend represents 6 per cent of the Irish economy. In the advanced UK market, online’s share of spend is as high as 16 per cent.”

The study is based on a sample of Irish retail and travel companies with a combined revenue of almost €300 million in 2016.

Among the retailers in the study, revenue grew 24 per cent, but there was a “whopping” 79 per cent surge in revenue at Irish travel sites, Wolfgang found. Amid a tourism boom, the average transaction value at those sites rose 15 per cent, while they also improved the rate at which they converted traffic into transactions.

In the fourth quarter, growth in transactions outpaced growth in revenue, suggesting more consumers took advantage of “Black Friday” online discounts offered by retailers, using it to save money on their Christmas shop.

Google Shopping, which delivers results from different several shopping sites in response to keyword searches, was the top-performing revenue driver for the “early adopter” study participants that used it, despite only launching in Ireland in the fourth quarter of 2016.

This is the first Wolfgang study in which mobile traffic has exceeded desktop traffic, but the ascendance of mobile “shouldn’t come as that much of a surprise”, Mr Coleman said.

The share of retail revenue coming from shoppers outside of Ireland declined from 36 per cent from a similar study in 2015 to 19 per cent, as the weakening of the pound versus the euro posed a drag on custom from the UK.

“The twin factors currently making the European market increasingly attractive to Irish business are the EU’s drive to enhance the Digital Single Market and the fact that our competitors in the UK, arguably the world’s most advanced digital media market, are now floating further and further away from the valuable European market.”

Mortgage approvals down 31% in June but rates remain high