Profits up for Clyde and Ballsbridge hotels 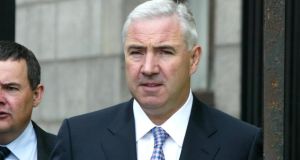 Clyde and Ballsbridge hotels are owned by a consortium of banks which seized them from developer Sean Dunne, who had bought them during the boom for €380 million

The operators of the Clyde Court Hotel have reported substantially increased revenues and profits for the year.

The 185-bedroom four-star hotel – formerly the Berkeley Court hotel – is operated by the Dalata Group.

Group chief executive Pat McCann said yesterday revenues and profits at the Clyde Court and its sister hotel, the 392-bedroom Ballsbridge hotel – formerly Jury’s – “are substantially up on 2012”.

He said: “I am very happy with how both hotels have performed this year. They are doing exceptionally well.”

However, Mr McCann declined to provide projected revenue and profit figures for the year for the two hotels “as we are in the last quarter at the moment”.

His comments came as accounts just filed by Tulane Business Management Ltd, which operates the hotels, showed that in its first year under the Dalata banner, it recorded a modest profit of €47,000 on revenues of €15.28 million in 2012.

The hotels are owned by a consortium of banks which seized them from the developer Sean Dunne, who had bought them during the boom for €380 million.