Paddy Power Betfair to launch in US with betting exchange 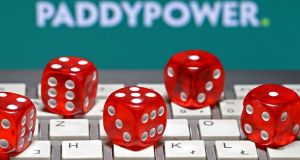 Laying off: Betting exchanges allow punters to bet against each other rather than against a bookmaker. Photograph: Dado Ruvic/Reuters

Paddy Power and Betfair joined forces last month to form a €10 billion gambling multinational with operations in Ireland, Europe, Australia and the US.

Chief executive Breon Corcoran confirmed that it plans to launch a betting exchange in New Jersey this year after the state’s Racing Commission licensed it in November.

He told analysts yesterday that the “start-up investment would be relatively modest” but that it would require marketing spend as research shows that only a minority of US racing fans understood the concept.

Betting exchanges allow punters to bet against each other rather than against a bookmaker. They either take odds against a horse winning in the normal way or offer odds against them – known as laying.

The Irish company’s New Jersey exchange will be the first such launch in any US jurisdiction.

Results for the two companies that formed the group show they generated combined operating profits last year of €283.5 million.

Mr Corcoran noted that 2016 began well. “The revenue growth momentum has continued and trading across the group is in line with our expectations,” he said.

Its punters staked €8.65 billion with the Irish company during the year, 23 per cent more than the €7 billion they bet in 2014.

Costs rose by €6 million, most of which consisted of increases in payments to racing authorities in Victoria, Western Australia, Queensland and South Australia.

Racing New South Wales and other bodies will follow suit this year, adding a further €3 million to costs.

Operating profits at its Irish, British and Italian online divisions dipped 3 per cent to €73 million.

Its chain of Irish bookie shops, the group’s original business, grew their operating bottom line by 31 per cent to €20.3 million, aided by new rules allowing them to stay open until 9pm six days a-week, all year round.

Paddy Power opened 14 new betting shops in the Republic last year at an average cost of €568,000 each.

Its UK retail chain grew its operating profits by 10 per cent to €23.4 million despite paying an extra €5 million duty on gaming machines. The group opened 21 new shops at an average cost of €391,000 each.

Overall, the UK contributed €73 million to group operating profits, Australia added €79.5 million while the Republic, Italy and other countries combined accounted for €28 million.