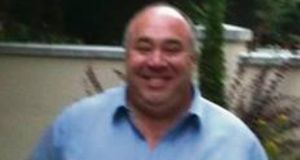 Richard Mockler: disqualified as a director for five years.

Just nine directors in Ireland were disqualified last year. On Thursday Richard Mockler and his wife and fellow director Janette joined this year’s elite club with disqualification orders of five years and one year respectively.

The type of things Mr Mockler was accused of included “the keeping of two sets of sales invoices, used as a deliberate attempt to defraud the Revenue”, and the “failing” to account for €700,000 worth of cars and the use of €650,000 of company funds on “personal lifestyle expenditure”.

Ms Mockler it was accepted was a “passive” director but this did not excuse her of all responsibility.

It was a good result for the Revenue Commissioners who funded the action and the liquidator Aidan Garcia of Copsey Murray, Lyons Kenny his solicitors and John Kennedy, counsel.

It took them from June 2011 until this week to get the two disqualifications. This is a reflection of how slow the process is. For comparison purposes it took from 2006 to December 2013 to have Tom and Michael Bailey disqualified for their various misdeeds.

The order by the High Court last week that Mr Mockler should be personally held liable for €250,000 of his old firm’s debts means his story may still have some way to run. Now based in Canada, he will have to repay this money or possibly face bankruptcy. It is a long and arduous journey to hold business people who do wrong to account.