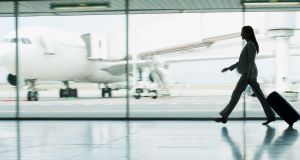 The High Court has confirmed the appointment of liquidators to companies in the well-known Usit student travel group.

The firms, which employed some 149 people, say their collapse was entirely due to the Covid-19 pandemic. On Monday at the High Court, Mr Justice Michael Quinn confirmed the appointments of Kieran Wallace and Andrew O’Leary of KPMG as liquidators to the companies, with addresses at Aston Quay, O’Connell Bridge.

The two practitioners had been appointed, following an application by the firms, in a provisional capacity by the High Court last month. The companies are Dublin Usit Ireland Ltd, the principal trading company; School and Group Tours Ltd; and Dublin College of Business Studies Ltd.

Usit Ireland specialised in US summer work and related travel programmes; School and Group Tours Ltd was involved in organising school tours to international destinations; and DCBS operated a school at Abbey Street, Dublin 1, trading as the English Studio Dublin, teaching English as a foreign language.

Rossa Fanning SC for the companies told the court that while the group had been profitable up to a few months ago, their business had been completely wiped out by the travel restrictions that have been imposed globally by the Covid-19 outbreak.

The language school, counsel added, also saw its bookings by students seeking to undertake courses disappear due to the pandemic. As a result, the firms became insolvent and had no option other than go into liquidation. Stephen Walsh, for the joint liquidators, told the court that since his client’s appointment they had been engaging with the employees and the Minister for Social Protection. Counsel said that unfortunately that all but a handful of the employees had been let go.

Mr Justice Quinn said he was satisfied from the evidence put before the court to confirm Mr Wallace and Mr O’Leary’s appointment as the firms’ liquidators, and that their directors should file statements of affairs. The judge said he was adjourning the application to confirm their appointment as liquidators to a fourth related company, The Kinlay Group Ltd, which had been the holding company for the various firms, to later this week. That matter was put back to allow the lawyers rectify a particular aspect of the application to wind up that particular company. Previously, the court heard that the holding company owes €1.7 million to Ulster Bank and that is cross-guaranteed by the three other companies.