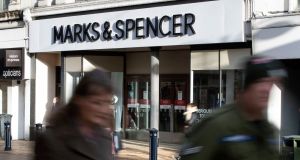 Marks & Spencer in Huddersfield, Yorkshire: over 1,000 jobs are at risk as the retailer announced its latest round of store closures as part of a drastic transformation plan. Photograph: Danny Lawson/PA Wire

For more than 100 years, there’s been a Marks & Spencer in Hull city centre, one of the high street retailer’s oldest locations.

Soon, however, local shoppers wanting to visit a full-line M&S store will be forced to travel across the Humber Bridge to Grimsby or Scunthorpe on the other side of the river, almost 32km away.

The Hull store is one of 17 branches now slated for the axe by M&S as part of its radical space reduction programme; other stores in this latest tranche of closures include Huddersfield, Felixstowe, Deal, Rotherham, Weston-super-Mare and, in Northern Ireland, Antrim (the Junction).

The 17 branches employ more than 1,000 in total and most of those jobs are now at risk, although M&S said it will do its utmost to redeploy staff elsewhere.

M&S first announced its dramatic retreat from the high street last May, revealing plans to close 100 shops by 2020 – one in three of its core clothing and home branches.

But town and city centres around the country, many of which have been hit by the loss of BHS, House of Fraser, Debenhams and others, had been holding out hopes that their local M&S might be spared.

So confirmation of the locations on Tuesday came as a blow to councils struggling to keep the life in their high streets in the face of thousands of shop closures over the past year.

In Hull, the city’s three MPs took time out ahead of the historic Brexit showdown in Westminster on Tuesday night to demand that M&S reverse its decision.

“Why is one of the great cities of the North losing its marksandspencer? demanded Diana Johnson on Twitter. Fellow Hull MP Emma Hardy said she was writing to the retailer to arrange “a face to face meeting asap”.

In Huddersfield, 70-or so miles away from Hull, local MP Barry Sheerman was also writing in anger to M&S chief executive Steve Rowe in an attempt to make the retailer reconsider.

“Has M&S gone mad?” he said. “Huddersfield is a typical town of Britain and if they can’t make it work in a thriving town like Huddersfield they are in deep trouble.”

For Felixstowe on the Suffolk coast, local MP Therese Coffey took a more gentle approach: “I’m asking them what we can do locally to help change their mind,” she said.

But there’s little they, or customers, can do to reverse the decision, aimed at increasing M&S’s online operation to a third of its overall sales. Of the 38 locations announced in the initial wave of closures, 30 stores have already been shuttered. In total, just over half the 100 branches for the axe have been identified.

While shoppers mourn the loss of a long established name on their high street, they might pause to wonder if the outcome would have been different had they spent more of their money at M&S, rather than its online rivals.

The group’s continued underperformance underlines the need for radical action on its sprawling store estate. Sales in M&S’s core clothing and home operation declined by another 2.4 per cent over the Christmas period and sales on the once successful food side slithered by 2.1 per cent.

Given the dire state of the retail sector, the worry now is that M&S’s wide-ranging closure programme may not be radical enough to stem the decline.

Help to buy or help yourself; it’s pretty much the same thing at Persimmon, Britain’s second-biggest housebuilder.

Increased house prices and higher completions will see the group exceed City profit forecasts this year, at £1 billion (€1.1 billion) plus, bringing even greater rewards for the well-remunerated board.

About half its homes in 2018 were sold using the government’s controversial help-to-buy scheme, which has proved a goldmine for builders – and their share prices.

There was a public outcry in 2017 when it was revealed that the now former Persimmon chief executive Jeff Fairburn was in line to collect £110 million (€124 million) in bonuses on a scheme linked to share price performance – shares boosted by the government-backed help-to-buy programme. In total, the scheme paid out £500 million (€564 million) to 150 of Persimmon’s senior executives.

Fairburn’s windfall was later cut to £75 million (€85 million), but he was ousted last year, as the group tried to draw a line under the row. With profits of over £1 billion (€1.1 billion) in sight, however, it will be a while before the Persimmon bonus scandal is forgotten.

As for the former chief executive, almost a year after he pledged to donate a “substantial proportion” of his windfall to charity, there’s still no sign of the charitable trust he promised.