Forever 21 to close its only Irish store 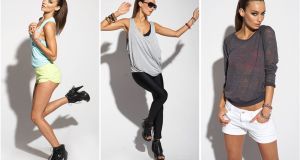 Forever 21 continues to trade at the Henry Street store, it’s understood that it has agreed to terminate its lease, and a closure is expected to be imminent.

US youth fashion retailer Forever 21 is to close its Irish outlet in Dublin’s Jervis Centre, with the loss of 82 jobs, having racked up losses of more than €40 million since it opened in 2010.

While the chain continues to trade at the Henry Street store, it’s understood that it has agreed to terminate its lease, and a closure is expected to be imminent.

Responding to the news, trade union Mandate said its members are “ deeply disappointed” that the global retailer refused to engage with the union in order to negotiate redundancy packages. It’s understood that the company will only be imposing the minimum statutory redundancy of two weeks per year of service.

“It is insensitive, inconsiderate and highly disrespectful of management to allow workers to find out this information in the media before they have been officially informed,” said Tara Keane, Mandate divisional organiser. “This is simply not how you do business.”

According to just published accounts for the fashion chain for the year to February 29th 2016, the retailer reported exceptional costs related to its closure of some €10 million in the year, likely to be related to redundancy and lease termination costs, pushing its losses up to €15 million, up from €8.4 million in 2015.

Turnover fell by 5 per cent to €9.9 million, while employees at the Dublin store fell to 82.

The closure of the Dublin store is in line with a global retrenchment by the US brand, founded in Los Angeles in 1984 by husband and wife, Do Won Chang and Jin Sook Chang. Already this month it has disclosed that it would close its store in Vancouver, Canada, as well as four units in the UK, including Glasgow, and Amsterdam in the Netherlands, due to poor financial performance.

High street retail continues to struggle, as consumers flock to the web, and retailers contend with lofty rents. Earlier this month UK department store Debenhams issued a profit warning, with reports suggesting it might shut 10 outlets, while House of Fraser, which operates in Dundrum Shopping Centre in Ireland, is understood to be writing to its UK landlords for rent bill cuts amid fears of its financial sustainability.