Founder Ingvar Kamprad did not want company to be taken over 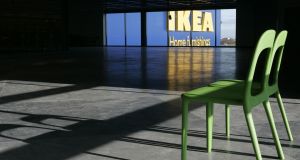 IKEA has a unique structure among major retailers.

Founder Ingvar Kamprad (90) put almost all of IKEA’s operations into Leiden-based INGKA Holding, which is owned by a Dutch foundation, over 30 years ago.

But Kamprad deposited the IKEA intellectual property in a second, Liechtenstein-based foundation, Interogo. Interogo licensed the rights to Luxembourg-registered but Delft-based Inter IKEA, which it owns.

INGKA pays Inter IKEA 3 per cent of its turnover to use the brand and IKEA processes.

Technically, INGKA is a franchisee of Inter IKEA, but it operates more like a stand alone retailer, deciding its own product lines and controlling the full supply chain.

Kamprad said the aim was to ensure IKEA continued forever without the risk of a takeover or the need to seek money on the stock market.

The INGKA foundation’s purpose is to help INGKA grow in perpetuity. By law, it cannot disburse any of its assets, including INGKA’s €17 billion cash pile, to individuals, such as Kamprad family members.

Interogo’s purpose is to expand the IKEA “concept” and says its statutes include “a specific and irrevocable element excluding the Kamprad Family from all direct and indirect benefit” from any disbursal of its assets.

Lawyers say that once a person puts assets in a Dutch foundation like the INGKA foundation it is not possible to take them back out. Liechtenstein foundations are seen as more flexible. For example, heirs sometimes access a foundation’s assets indirectly, by engaging in commercial transactions with companies owned by the foundation, Vaduz-based lawyer Markus Wanger said.

Kamprad’s children have built a finance and real estate group called IKANO, which has €7 billion in assets, partly through dealings with Inter IKEA and IKEA. IKANO, IKEA and Interogo say all transactions have been on an arm’s length basis.