CPL upbeat on prospects after jump in first-half profits, revenues 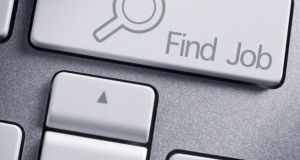 CPL is to pay an interim dividend of 8.00 cent per share in early March

Dublin-listed recruitment company CPL has reported a sharp rise in pretax profits and revenues for the six months to the end of December.

The company attributed the growth in part to a strong demand for staff in the finance and technology sectors.

CPL delivered a 32 per cent increase in earnings per share to 34.9 cent for its first half driven by the growth in profitability in the period and by the benefit of the reduced share capital base arising from 2017’s tender offer.

“Current market conditions are favourable with high demand for talent and low unemployment rates in our key markets. We remain confident in the outlook for the business and expect to deliver continued profitable growth for the remainder of the financial year,” said chairman John Hennessy.

The company said its flexible talent division now equates to 70 per cent of total net income, up 2 per cent on the prior period.

The group had a net cash balance of €30.2 million at the end of December, up from €12.4 million a year earlier.

It said €12.3 million was generated in cash flow from operating activities before tax and changes in working capital during the six months under review, up from €9.8 million in 2017.

The company is to pay an interim dividend of 8.00 cent per share in early March, a 26 per cent increase on the dividend declared last year.

“As we move into the second half of our financial year we are closely monitoring activity levels in our key markets. We remain conscious of the impact of political, regulatory and economic events globally on our business, in particular Brexit,” said Mr Hennessy.

“We operate in a cyclical industry which is sensitive to changes in economic activity within our core markets. While our business model has evolved over the years to include more forward secured revenue streams, a material proportion of our net fee income has short term visibility,” he added.

In a note to investors, Davy reiterated its “outperform” rating for the group saying CPL’s cost management and business generation complements its move into higher value-added services.

The stockbroker said it intends to upgrade its full-year estimates by 9 per cent, which implies full-year adjusted operating profit of €22.6 million, as against a previously guided €20.8 million. This would represent 15 per cent growth on the €19.7 million achieved by CPL in fiscal 2018 and a 39 per cent rise on 2017’s €16.3 million operating profit.